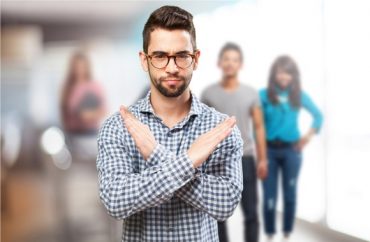 See something, say something comes to campus.

Illinois State University officials are preparing to roll out a new “bystander training program on microaggressions.”

“Once the bystander training program on microaggressions is up and running later this academic year, the program will be offered as a presentation and Q-and-A session to student groups and campus departments by request,” campus spokesman Eric Jome told The College Fix via email.

“The program presentations will help to define what microaggressions are and provide strategies for people who encounter them in social, classroom, or professional settings,” Jome stated, who noted the program’s start date has not been officially set.

The training was first announced in a public university news release last fall titled “Standing up to microaggressions” that detailed a recent campus climate report that found “women and students of color described experiencing microaggressions, both in the classroom and on-campus. In that report, participants described frequently feeling isolated, invalidated, and stereotyped.”

Citing research that suggests “chronic exposure to experiences of racism has been linked to depression, autoimmune disorders, and other disorders that compromise the body’s ability to maintain wellness,” the university’s release added: “As members of the Redbird community we should all be aware of microaggressions and be prepared to intervene.”

The news release was written by Dr. Jason Vasquez, a psychologist at the university’s Student Counseling Services and co-founder of the school’s Voices of Discovery, which “leads workshops in understanding microaggressions, privilege and power, and bias and discrimination.”

Vasquez did not respond to requests from The College Fix seeking comment.

A teaching moment may involve presenting a different way of viewing the situation that the person who committed the microaggression may not have considered. We need to be willing to have difficult dialogues to create an understanding of and empathy for one another. If you find yourself in a situation where you have committed a microaggression try not to get defensive towards the individual speaking up. Instead, try to be open to learning more about why this was hurtful to the other person. Stay away from invalidating comments like, “You’re too sensitive!” or “That’s how people talk or behave.”

Campus spokesman Jome told The Fix that “the program is being instituted as part of Illinois State’s efforts at raising awareness on diversity issues and being a welcoming and inclusive campus for all students and faculty.”

But the university is no stranger to teaching microaggression intervention. Last fall it hosted a workshop that taught participants “how to identify microaggressions and explore the role they play on our campus … and how best to respond when a microaggression occurs,” according to its online description.

Their testimonies echoed themes of isolation, invisibility, marginalization, and a sense of needing to change themselves in an effort to make their white peers feel more comfortable. Panelists also expressed how they lacked a safe space in their courses with any opportunities to grapple with these concerns given the lack of affirmation from their respective professors.

In response, a black student in the audience reaffirmed the panelists as she described her experience in a literature class, in which they were reading a novel that contained the “N” word. She listened to her white classmates say the word again and again and again as they read aloud, without any forewarning or acknowledgement from her professor about the history of the word, why it was being used in this particular literary context, or the derogatory meanings behind its use today.

Other student panelists bemoaned the content of most classes as not featuring or even including a single contribution by a scholar of color. This debate continued among faculty members in another session, “Out of the Shadows: Promoting Critical Thought and Inclusive Perspectives in the Classroom.” There, School of Social Work faculty members reflected on a student’s course feedback statement in which she described “drowning in a sea of whiteness.”