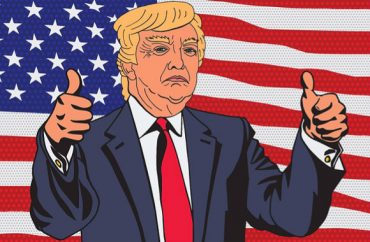 Many universities remain clueless about what their tax-exempt status actually requires them to do or avoid doing, and they take out their ignorance on students.

Georgetown Law, for example, ordered its students to avoid saying political things “over the internet” on campus during the 2016 campaign season.

The University of South Alabama is the latest to censor a student in response to a stunningly ignorant fear of an IRS investigation, as the Foundation for Individual Rights in Education notes.

Student David Meredith posted a “Trump/Pence 2016” sign in his dorm window long after Donald Trump took office. The school charged him with refusing to remove the sign:

The day after Meredith posted his “Trump/Pence 2016” sign, he received an email from the community director, an administrator who oversees several dormitory buildings at the university. The administrator told Meredith that displaying “political signs” in windows was “against university policy” and that the Trump sign would have to be removed within 24 hours.

Instead of backing down, the community director sparred with Meredith over email, arguing that the dorm was a “federal building” that could not show support for candidates. As Meredith pointed out in the exchange, this would mean that federal buildings couldn’t display the name of the president — and a state university’s dorm is not a federal building.

Only after FIRE warned the school it was blatantly violating a student’s First Amendment rights did it back down and drop the charges.

As the university’s lawyers should have learned long ago, “Courts and tax authorities have repeatedly made clear that students are strongly presumed not to speak on behalf of the universities they attend,” FIRE says.

The university still has a vague 501(c)(3) policy when it comes to “whether, or how, individual speech may cause the university to ‘support or appear to support candidates’ for office,” so don’t be surprised if some clueless official threatens another student and has to be reminded what the law is.

It already shelled out to settle an earlier lawsuit by a pro-life student group that said the university arbitrarily refused to allow its “Cemetery of Innocents” on campus grounds.