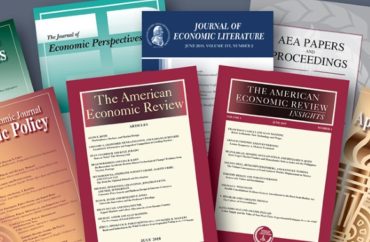 Fewer papers or panels on inflation, oil and gas or other economic topics

The upcoming American Economic Association meeting will focus heavily on race, gender and other political issues, with less of a concentration on economic topics such as inflation, gas prices or taxes, according to a published copy of the accepted papers.

Topics at the early January conference in New Orleans will include “Intersectionality and Financial Inclusion in the United States,” “The Racial Wealth Gap and the Role of Firm Ownership” and “Empowering Women to Engage in Commercial Agriculture.” There’s also sessions on “Continuous Gender Identity and Economics” and “Gender Economics and the Meaning of Discrimination.”

One economist, Hoover Institution’s John Cochrane, has criticized the proceedings for a lack of focus on non-political topics.

“There is nothing on inflation, federal reserve, monetary or fiscal policy, the effects of the $5 trillion dollar stimulus, the astounding February 2020 3.5% unemployment rate, the speed and nature of the covid recession, and the equal speed of recovery to the same unemployment rate,” he wrote in a discussion on the agenda. He noted that papers had to be submitted in summer 2021.

He told The College Fix via email in August that it is possible inflation could be added to the agenda, but does not have inside knowledge about the meetings.

However, the membership may be more diverse than the leaders at the top, Cochran told The Fix when asked if he knew any current members of the AEA, both attending or not attending the meetings, that hold to conservative, free-market economic ideologies.

He said that “any” is a “strong standard.”

“The membership is a good deal more politically diverse than the leadership,” he said, citing Democratic and Republican party registrations.

“But I know a few of the higher ups who are still relatively free-market. I think we would all disdain the world ‘ideologies,’” he wrote in his email response. “Free market economics is about facts, experience, and logic, not ideology.”

He said he is not optimistic about the future of the AEA and what it means for right-leaning economists.

“The meetings are a job market, a social scene and a place to present papers. The AEA as an organization has been straying more political, with more and more political content on the website and in its official activities,” he told The Fix. “And the door is closing; it’s getting harder and harder especially for young people to get jobs, tenure, and publish if their work contradicts the progressive narrative.”

Christina Romer, president-elect of the association, wrote in a foreword statement for the meeting agenda that she “expressed a particular interest in papers on pressing public policy concerns [in the call for papers]. A number of the sessions on the program and included in this volume speak to such issues.”

“There are sessions on the role of race and gender in financial well-being, wealth dynamics, and the impact of the pandemic on vulnerable groups,” she stated. “Other sessions examine unemployment insurance, pensions, youth labor market interventions, and immigration policy.”

Kristina Etter, the listed media contact for the economics association, did not respond to two emailed requests for comment in the past three weeks that asked for the possibility of adding more topics to the agenda as well as questions on the philosophical diversity of the group.