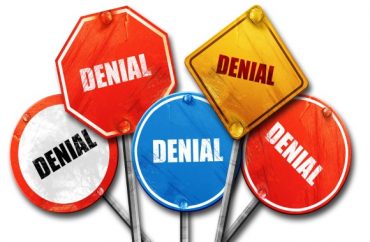 When 18-year-old UC Merced student Faisal Mohammad attacked students with a large hunting knife in the name of Allah at my school last fall, Chancellor Dorothy Leland ignored the link to terror and, along with local authorities at the time, blamed it on his anger for being kicked out of a study group.

Even after the FBI concluded in March 2016, some five months after the attack, that Mohammad had been self-radicalized and inspired by ISIS, finding pro-ISIS material on his laptop and a print-out of an ISIS flag on him, my chancellor still refused to utter the term “radical Islamic terrorism” and downplayed the link to ISIS in a memo to the school.

“The FBI has concluded that the student most likely was self-radicalized and acted alone. The investigation is now closed,” she stated.

After the recent mass shooting in Orlando, in which gunman Omar Mateen killed 49 and wounded just as many more in the name of ISIS, Leland again refused to say the words “radical Islamic terrorism.” Her memo to the community to mourn the massacre instead talked of “hate” and “divisiveness.” Couple all this with other lessons at my public university: One professor told his class last fall that Christian, white males are the biggest terror threat in America. After the Mohammad attack, another scholar blamed it on hyper-masculinity.

“Radical Islamic Terror” is a non-existent term on my campus, and college campuses around the country. If you link terror with radical Islam then you are labeled an “Islamophobe.” This is how the Left silences students, and all Americans, to control the language – and thus the debate.

At my campus, many UC Merced students have been left confused and with unanswered questions. Who were the students in the “study group,” and why was his manifesto not released? It’s similar to the anger Americans felt when U.S. Attorney General Loretta Lynch redacted the words “ISIS” from the 9-1-1 call by Omar Mateen during the shooting.

Personally, I was also upset last fall with how so many of my peers sympathized with Mohammad and his family, and had little concern for the victims. I was told I had to “understand” Mohammad and his actions, put myself in his shoes. My school provided materials to write letters to the Mohammad family. Students also blamed the media for “politicizing” the incident and claimed they were spreading “hate.”

Propaganda spread on UC Merced Facebook pages with posts including “RIP Mohammad” and “a child died today” (even though he was 18). It seemed wrong and backwards.

In the PC-campus world it’s not cool to blame radical Islam. You’re only cool if you chant “spread love not hate!” or “make peace not war!”

College students want to fit in, and fitting in requires giving in to the leftist agenda, since the majority opinion on most college campuses is left-of-center. If you do label radical Islamic terror it is considered “hate,” but the terrorist’s act somehow isn’t hateful.

An example of this comes from Cal State Fullerton, where students and staff wrote in chalk “more love. Less hate” and “Question: Why would anyone need a gun that shoots hundreds of bullets?” It’s no surprise a campus turned this into a gun control debate.

Leftists are quick to come up with the faux solution without identifying the problem. But I, for one, wish more truth was spoken at UC Merced, and campuses across this country.