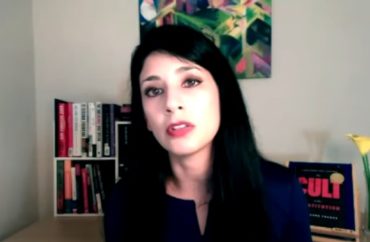 The University of Miami’s Mary Anne Franks is back with her critical/collectivist take on the Constitution, this time advocating a “redo” of the Bill of Rights’ first two amendments.

Writing in The Boston Globe, Franks, author of the book “The Cult of the Constitution: Our Deadly Devotion to Guns and Free Speech,” says neither the First nor Second Amendment “is a model of clarity or precision,” and that “both are deeply flawed” with regards to free expression and self-defense.

The amendments are “highly susceptible to being read in isolation from the Constitution as a whole,” Franks says, as well as their “commitment to equality and the collective good.”

The First and Second Amendments tend to be interpreted in aggressively individualistic ways that ignore the reality of conflict among competing rights. This in turn allows the most powerful members of society to reap the benefits of these constitutional rights at the expense of vulnerable groups. Both amendments would be improved by explicitly situating individual rights within the framework of “domestic tranquility” and the “general welfare” set out in the Constitution’s preamble.

The idea that First Amendment protections are skewed toward powerful individuals is fairly common among radical legal thinkers. Feminist Catharine MacKinnon of the University of Michigan, for instance, believes “free speech reinforces and amplifies injustice.”

“Once a defense of the powerless, the First Amendment over the last hundred years has mainly become a weapon of the powerful,” MacKinnon wrote. “Legally, what was, toward the beginning of the 20th century, a shield for radicals, artists and activists, socialists and pacifists, the excluded and the dispossessed, has become a sword for authoritarians, racists and misogynists, Nazis and Klansmen, pornographers and corporations buying elections.”

Franks’ updated First Amendment reads in part “Every person has the right to freedom of expression, association, peaceful assembly, and petition of the government for redress of grievances, consistent with the rights of others to the same and subject to responsibility for abuses.” (Certainly no government would abuse that last part. Right?)

Her revised Second Amendment peculiarly includes a provision for abortion rights: “All people have the right to bodily autonomy consistent with the right of other people to the same, including the right to defend themselves against unlawful force and the right of self-determination in reproductive matters.”  And the second section is especially horrifying given what we’ve seen in the Western “democracies” over the last two years: “The government shall take reasonable measures to protect the health and safety of the public as a whole.”

As previously reported by The College Fix, Professor Franks’ takes on the #MeToo movement and health “misinformation”  should concern any American who values common sense and freedom.