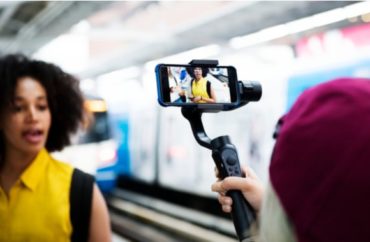 ‘Sure to place a harmful chilling effect on campus expressive activity’

California State University-Sacramento is considering penalties up to expulsion for students who record audio or video on campus without prior permission, drawing alarm from press freedom and First Amendment groups.

The draft policy, already referred along by the Faculty Senate’s executive committee, applies content-based restrictions to a host of depictions, including productions by film students that simulate sexual assault, drug use or “activities involving a weapon.”

While a Sacramento State spokesperson told the student newspaper that the draft would not cover students simply posting video on social media, the wording is broad enough to cover that activity. It also specifically mentions “YouTube channels” as a regulated platform.

The Foundation for Individual Rights in Education and Student Press Law Center warn that the language could have serious First Amendment ramifications.

Azhar Majeed, vice president of policy reform at FIRE, told The College Fix the language is even broader than it looks.

While it refers to “property owned, leased, and/or controlled by the University,” the wording “makes clear that it applies to ‘all student productions,’ whether on or off campus, meaning that students will have a difficult time complying with its onerous requirements,” he wrote in an email. 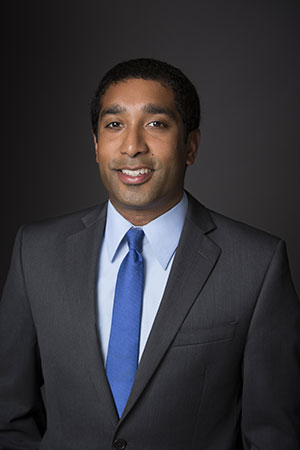 The threat of disciplinary action “is sure to place a harmful chilling effect on campus expressive activity,” Majeed (left) continued. His group, which occasionally files litigation, “hopes” the university “will consider revising and improving the policy in order to protect students’ First Amendment rights.”

Media relations for Sacramento State and the California State University system have yet to answer Fix questions about the scope of the draft and its listed punishments.

Kathy Garcia, analyst for the Faculty Senate, played down the executive committee’s referral of the draft in an email to The Fix.

She emphasized the policy was “in the draft stage and only contains changes proposed by the Administration.” It’s now under consideration by the Curriculum Policies Committee until April 10, according to the Senate’s Feb. 4 meeting minutes.

“The Chair expects there to be much deliberation and some changes before whatever proposed changes to the policy are submitted to the Faculty Senate,” Garcia said. “At this point, it is too early to comment on the proposal.”

Must provide ‘copy of script, statement of protocols’ for approval

Heather Uroff has been working on a film that might be regulated under the wording because it implies the main character was sexually assaulted, she said. “What does the campus expect us to make if we can’t make films that are about our own experiences, or things that we’ve seen, or society?” she said.

Dylan Peshek, whose film depicts a sex trafficker getting tazed, called violence “a powerful medium in order to convey strong emotions from characters.”

He worries that the prior-approval process in the draft policy could prevent student filmmakers from showing their projects in time for the finals week “showcase.”

Their film professor, Kathy Kasic, expressed concern that the policy could prevent her from taking students outside to film in sunlight. That could “interfere with the normal operations of Sacramento State,” which is prohibited in the draft.

The State Hornet’s own coverage could be affected, according to Phillip Reese, journalism professor: Recording “fights” that broke out on campus would flout the ban on “depiction of violence.” “Students should read this policy because it really does apply to what they can put on social media,” Reese (right) told the newspaper.

The draft sets forth definitions, “general policies,” content restrictions and punishment for violations. It covers students “engaging in filming, photography, and/or recording production … by any means on any media now known or that may be invented in the future.”

Those include “electronic transmission to the Internet” via “personal devices,” destined for “monetized social media or internet accounts or webpages.” The most common social media platforms, from Facebook to Twitter and Instagram, are “monetized” in order to keep them free for users.

While some content restrictions apply to real-life behavior, such as activities involving “pyrotechnics” and anything that could be used as a “weapon,” several others apply to “depictions” and “implied” behavior.

Those fictional behaviors include sexual acts, “total or partial” nudity,” “alcohol, tobacco or drug use,” and any “conduct that violates University policy,” such as sexual harassment.

“To obtain approval, student [sic] must provide a copy of script, statement of protocols to ensure safety of participants and potential observers, copies of releases, and must be prepared to satisfactorily answer questions that could arise at any level of review,” the draft reads.

“Production may not begin on scenes with restricted content until approval has been granted at all levels,” it continues. Violations “must” be reported to the dean of students, and disciplinary action may include “expulsion, suspension, or probation.”

The draft policy is “problematic from a free speech perspective insofar as it heavily restricts students’ filming, photography, recording, and related expressive activity” unless they can get “exceptions” from faculty and administrators, FIRE’s Majeed told The Fix.

The current policy – adopted in 2017 – does not apply to people taking videos on social media, students producing media for academic reasons or journalists, Ántonia Peigahi, Sacramento State director of policy and records management, told the Hornet.

But an unnamed “public information officer” told the newspaper the draft wouldn’t cover students recording content on their smartphones, either.

That might be the administration’s interpretation now, but the text of the draft policy doesn’t set that in stone, according to Frank LoMonte, senior legal fellow at SPLC.

The Hornet reported that SPLC’s senior legal counsel, Mike Hiestand, “laughed” when he read the clause about personal devices and “monetized social media.”

“A public university is kind of the quintessential marketplace of ideas,” he said: “You don’t tell students in 2020 that they can’t use their smartphone to record and share the world around them. It doesn’t work that way.” The Hornet also contradicted the claim by Peigahi (left) that the policy doesn’t apply to property “not owned, leased and/or controlled” by the university, noting the language expressly covers “all student productions,” anywhere.

Director of News and Communications Brian Blomster told The Fix in a phone call Friday that he is “not the person to talk about” the draft policy. “We have a person who handles policy and I would have to get you set up with her,” he said, likely referring to Peigahi, but that person has yet to contact The Fix.

Reminded that the system itself could face legal liability if the policy were litigated, Molle said she would forward Fix questions to the appropriate parties. (CSU recently changed funding policies systemwide to settle a lawsuit against its San Marcos campus.)

The Fix has yet to receive answers from the CSU system about why the penalties are so severe in the draft policy and why spokespeople seem to contradict the plain text of the draft on its scope.