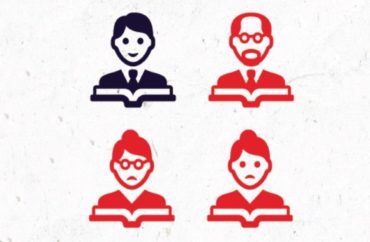 Attempts to sanction scholars for their speech, research or teaching practices has skyrocketed since 2015, with about three in four campaigns leading to some form of professional sanction — including termination — according to a new report by the Foundation for Individual Rights in Education.

Such attacks are “on the rise and are increasingly coming from within academia itself—from other scholars and especially from undergraduate students,” FIRE research fellows Komi German and Sean Stevens state in their report.

A total of 426 incidents occurred between January 1, 2015, to July 13, 2021. They included efforts to either investigate, penalize, demote, censor, suspend or terminate college faculty for their unpopular or controversial speech, research or teaching practices.

“A staggering three-fourths of the incidents (314 out of 426) resulted in some form of sanction, the most common being investigation, termination, and suspension,” according to the report.

Stevens said that even an investigation that went nowhere was still a sanction of sorts as the scholar was put through an ordeal.

Some 104 scholars ended up losing their job, while 93 were placed on leave or stripped of teaching duties, the results show.

All the incidents have been cataloged in an interactive “Scholars Under Fire” database.

German told The College Fix via email that “Nothing makes people want to protect free speech [and] academic freedom more than seeing others with views similar to their own being professionally threatened and penalized.”

The two researchers said they “plan to continue to update the database on a regular basis as new attempts occur,” and would also “like to include years before 2015 even if such incidents may be harder to track down.”

In documenting each incident, the report identified those who initiated the targeting incident, their demands, as well as if they were coming from the “political left” or “political right” of the scholar.

German told The College Fix an important takeaway is that targeting incidents come overwhelmingly from students and those to the political left of the targeted scholar.

According to the report, 62 percent of attempts to sanction college faculty for their speech came from the left of the scholar, while 34 percent came from the right.

Another important takeaway, German said, is that half of the incidents targeted scholars for their research and teaching practices.

The report shows that while scholars were most often attacked for “expressing a personal view or opinion on a controversial social issue,” half were targeted for “expression intended to serve a pedagogical (25%) and/or scientific (25%) function.”

The report shows that 213 targeting incidents — out of the total 426 — were “initiated by undergraduates.” It also shows that the use of petitions in sanction-attempts has exploded in recent years.

German said she was slightly surprised by “how similar” the petitions were to one another, noting that they all tend to:

· Appeal to the administration’s commitment to diversity, equity, and inclusion

· Emphasize the harm inflicted on specific groups in the campus community

· Escribe themselves as on the good side, fighting racism, sexism, xenophobia, etc.

· Use derogatory labels (e.g., racist, sexist) to describe the scholar

Both said they suspect that “there’s a copycat effect at play (although we don’t have empirical evidence to support this suspicion)” that may explain why there has been such an increase in the use of petitions.

“As more and more news stories cover these targeting incidents, people see the language that’s used and copy it. That might help explain why the language/rhetoric is so similar. To test the extent that this is the case, we would need to conduct research on changes in the nature of petitions over time,” they said via email.

German and Stevens also shared with The College Fix several reasons why the number of targeting incidents has increased so significantly since 2015, ranging from greater use of social media to heightened political polarization.

“Our methodology depends on these incidents being reported—so we cannot rule out that the increase is simply due to these incidents receiving more media attention. However, there are also a number of other likely reasons,” Stevens said.

“Over the past decade the increased prevalence of social media, particularly among younger generations, likely has had an impact. Increased partisanship and political extremism on the left and the right also is a likely factor.”

German also suggested that student intolerance as well as the culture of campus censorship may have also contributed to the increase in calls for sanction on scholars’ speech.

“There is empirical evidence that students are becoming less tolerant of/more sensitive to views they deem offensive. Furthermore, along with the proliferation of ‘support’ services, centers, overwhelmingly left-leaning administrators, and affinity groups, many students are being actively encouraged to report conduct (including speech) that goes against the institution’s commitment to diversity, equity, and inclusion,” she said.

“The first occurred in 2017 (and into 2018) following allegations of Harvey Weinstein’s sexual misconduct and the beginning of the #metoo movement. The second occurred during the Summer of 2020 following the death of George Floyd,” he said.

Attacks may also be increasingly coming from within academia because universities and colleges that are “ideologically homogeneous are prone to groupthink and other herd-like behavior,” they said via email to The Fix.

The report also found that campuses “where the most targeting incidents have occurred tend to also have severely speech-restrictive policies, and are unlikely to have adopted the Chicago Principles guaranteeing the preeminence of free speech.”

A solution, German said, would be for “student-facing administrators” and “university presidents” to “explicitly state that the protection of free speech and academic inquiry supersedes protection from words that are perceived as offensive.”

“They should read, adopt, and publicize Yale’s Woodward Report, the University of Chicago’s Principles, and the AAUP’s 1915 Principles,” she said.