A recent study asserts that, among other things, the small number of physics degrees awarded to black students at all levels is due to the continuance of white supremacy.

In “Observing whiteness in introductory physics: A case study,” Seattle Pacific University’s Amy Robertson and “noted speaker, consultant, researcher, minister, and lecturer” W. Tali Hairston make use of critical whiteness studies and critical race theory to claim that since a mere 3 percent of undergraduate physics degree recipients are blacks ages 20-24 (1.8 percent of doctorates), whiteness “is shaping degree granting (and all of the processes and practices therein) in physics.”

(With this alleged omnipresence of whiteness, Caucasians in the 20-24 age group, who make up 73 percent of the country, get 72 and 75 percent of physics degrees respectively, undergrad/doctorate. Oddly, a rather proportionate representation.) 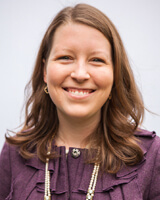 According to their “Research Methods” section, Robertson’s (left) and Hairston’s study goal was to “make whiteness visible.” Using a six-minute interaction among students in an introductory physics course, the duo “draw on tools of interaction analysis, including discourse, gesture, and gaze analysis, to unpack how whiteness is being constituted locally or interactionally.”

Some of the factors which “facilitate the reproduction of whiteness” here include “a particular representation of energy, physics values […] gendered social norms, and the structure of schooling.” Oh, and the use of whiteboards.

(Note, too, due to “critical scholarship and activism,” Robertson and Hairston do not capitalize “white,” but do for “Black” and “Students/People of Color.” The only exception is the title “Critical Whiteness Studies.”)

The duo state they do not care about any instances of individual racism from the participants. This is because the “individuals-as-racist story fuels whiteness by treating each incidence of racialized harm as an exception, recusing white people from addressing structural harm.” 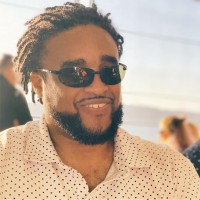 Robertson and Hairston (right) also devote a large portion of text to their “positionalities,”  basically their biographies. For the former, she says she is a “chronically ill and disabled, physics-Ph.D.-holding, thin wealthy white woman” who is doing her part to eradicate white supremacy — but primarily as a learner. (Primarily, but not completely; Robertson does understand oppression and marginalization, she says, because of her chronic illness.)

For his part, Hairston “identifies with the larger historical narrative of pre-enslavement and precolonial African rootedness.” With regards to this study, he “brings forward” equity “that is not centered in white normativity.” He says his “way of knowing and being” had been “decentered” by whiteness while growing up.

While poring through this study’s text, it certainly is tempting to ponder whether it’s another Sokal-style hoax such as the now-infamous “Dog parks are manifestations of rape culture and oppression” paper. Then again, it did make it through the American Physical Society which is “working to advance and diffuse the knowledge of physics through its outstanding research journals.”

MORE: Student receives praise for bogus paper on how milk is a ‘colonizer’ of coffee