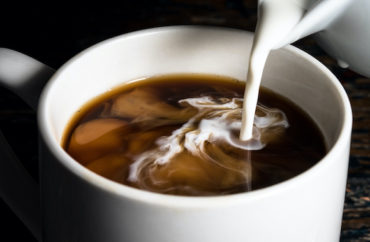 A college student in Sweden recently decided to take a class on critical race theory as a joke, and then added to the fun by turning in a hoax paper.

Arvid Haag signed up for “Critical Whiteness Perspectives on Nordic Culture” at Stockholm University because, he said, “local pandemic grant rules had equipped him and other students with an unexpected financial aid windfall.”

Haag thought he’d “get something fun” out of the “harmless” and “absurd” class, but he soon realized many of his peers took the “American-born ideology” seriously.

Arvid bided his time, occasionally offering some “critical” comments here and there, but saved the best for last: an essay titled “Black and White Drinks,” described as “an account of what had happened from the early 20th century in the struggle between coffee and milk.”

According to Fria Tider, Haag related “how the marketing of the coffee has been characterized by highlighting ‘black and exotic elements’ of the drink. When it comes to milk, it has instead been ‘the local and white’ that has been emphasized.”

The question one can ask is whether it is really a reconciliation between milk and coffee that has been implemented or whether adding milk to the coffee is a way to take away from the coffee its unique properties and instead impose the black drink white properties.

Milk in the coffee can with critical glasses be seen as a drink-based colonization. The hot and strong coffee cools and is rounded off in taste with the help of the milk, which thereby controls and domesticates the coffee. 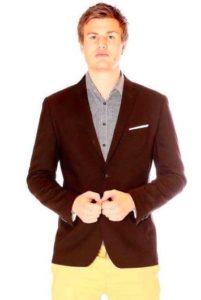 Haag (left) admitted he did not read “most of the books or blog posts he cited,” nor even knew what “critical whiteness perspectives” meant. Nevertheless, the instructor gave him a “B” for the paper, noting it was an “exciting topic” with “creative thinking.” He even suggested Haag expand upon his thoughts in a longer essay.

The instructor’s only criticism was that the paper “did not have exact source references [for the] photos.”

“[The joke] must have gone over his head,” Haag said.

Exposing the quackery of fields like critical whiteness studies began in earnest 25 years ago with the classic Sokal Hoax, which claimed that quantum gravity is a “social and linguistic construct.”

Alan Sokal proved it’s damn hard to tell what’s supposed to be legit. For example, the essay “Glaciers, gender, and science: A feminist glaciology framework for global environmental change research” was real (believe it or not), but “The Conceptual Penis as a Social Construct” was not. And who can forget the “feminist” version of Mein Kampf titled “Our Struggle is My Struggle: Solidarity Feminism as an Intersectional Reply to Neoliberal and Choice Feminism”?

Given this atmosphere, yours truly fell for a hoax paper three years ago about how dog parks are “manifestations of rape culture and oppression.”

Haag’s Twitter bio features a link to a Facebook page which indicates he is a political candidate. His most recent post chastises the Swedish government’s COVID policies.