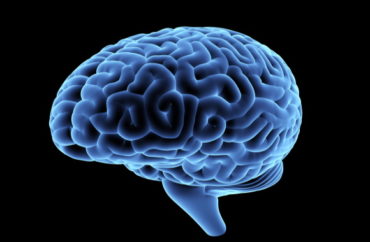 In a study of 1,000 middle-aged adults, “exposure to interpersonal and institutional racism” was linked to memory loss and higher cases of Alzheimer’s, according to the report, presented during the mid-July conference.

“Chronic exposure to racism and interpersonal discrimination among marginalized communities leads to stress that affects the body and influences physiological health, and likely contributes to the development of cognitive decline,” said study lead author Dr. Jennifer Manly, professor of neuropsychology at Columbia University Irving Medical Center, in a statement following the release of the findings.

“Overall, our findings indicate that racism impacts brain health and contributes to the unfair burden of Alzheimer’s disease in marginalized groups,” Manly said.

Manly did not respond to a number of questions posed by The College Fix regarding the memory loss findings. An email auto response said she would be out of the office until August 22.

According to the study, black participants experienced, on average, six civil rights violations in their lifetime and were exposed to interpersonal discrimination at least once per week.

“In order to achieve health equity — as a step toward complete inclusion — individuals and society must identify and reduce racism and other forms of discrimination,” said Carl Hill, chief diversity, equity and inclusion officer at the Alzheimer’s Association. “We must create a society in which the underserved, disproportionately affected and underrepresented are safe, cared for and valued.”

But while the study suggests structural racism and brain erosion are “linked” or “associated,” none of the studies demonstrate that exposure to racism directly causes brain and memory problems. As Medical Life Science News noted, “there’s little understanding of how multilevel racism influences cognition throughout the life course.”

Yet the line of study persists as more and more medical schools embed concepts of diversity, equity and inclusion and critical race theory into their curricula.

Recently, the Association of American Medical Colleges released Diversity, Equity and Inclusion competencies for medical educators to address what it calls “factors that drive racism, hate, and bias in health care.”

“We believe this topic deserves just as much attention from learners and educators at every stage of their careers as the latest scientific breakthroughs,” wrote Dr. David Skorton, president of the AAMC, in announcing the guidelines.

Studies purport to back up such priorities.

“The international Black Lives Matter movement, which gained momentum in 2020, has resulted in many calls to arms for greater exposure of the insidious impacts of racism on all facets of health and wellbeing, and the regulatory regimes in which they operate,” reads a 2021 report associating racism with “oral health inequities.”

And a 2020 study on heart health racial disparities stated: “The coronavirus disease 2019 (COVID-19) pandemic and the police killings of George Floyd, Breonna Taylor, and multiple others have been reminders that structural racism persists and restricts the opportunities for long, healthy lives of Black Americans and other historically disenfranchised groups.”

Indiana University’s medical school will now require professors to prove a commitment to “diversity, equity, and inclusion” as part of their evaluations. University of Michigan Medicine’s “Anti-Racism Oversight Committee Action Plan” committed the school to a new curriculum that would use an “intersectional framework” and incorporate “critical race theory.”

And in the case of brain disease, racial inequity can cause an environment detrimental to memory, according to some experts.

“The consistent and pervasive lack of resources, as well as social and environmental factors, lead to disparities in other health outcomes such as cardiovascular disease and diabetes, which increase the risk for Alzheimer’s and other dementias,” said Dr. Adriana Perez, assistant professor of nursing at University of Pennsylvania School of Nursing and member of the National Association of Hispanic Nurses.

Not all the research backs up such statements, however.

Just recently researchers at Tufts University and the University of Oxford “demonstrated that the varicella virus, the virus that causes chickenpox and shingles, may help re-awaken the herpes virus which then leads to an accumulation of proteins in the brain associated with Alzheimer’s disease,” CBS News reported.