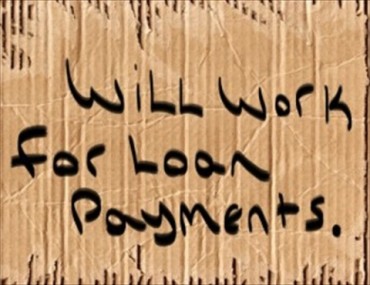 Respected economist Richard Vedder began his recent talk to University of Missouri students on the higher education bubble by comparing the subject to hemorrhoid surgery.

It only went downhill from there.

“Listening to someone drone on and on about high college costs is akin to having to endure the pain of hemorrhoid surgery,” Vedder said to the 50-plus students gathered to hear the Ohio University scholar and prolific writer on higher education trends delve into financial concerns facing today’s college students.

Vedder said federally subsidized college loans have forced tuition rates through the roof and wreaked havoc on college students’ checking accounts and future debt, but perhaps worst of all is how the program has hurt the very students it aimed to help: low-income ones.

“Federally subsidized loans, created sometime during the 1970s, were supposed to help poor young people get an affordable college education,” he said. “But, as the years go by, we have actually seen education become less affordable for poor people, not more affordable.”

“Admissions rates decreased last year for the first time in several years, showing that students are beginning to shy away from getting a college education, simply because it is too damn expensive,” Vedder said. “The increase in college educated graduates means that nearly every vocation and job now require a college education.”

“Before you know it, you will need a college degree to be a garbage man or a janitor.”

According to Congressional Budget Office findings, the government stands to pull in more than $50 billion in profit from federally subsidized student loan repayments this year, so critics contend politicians have no motivation to fix the higher education bubble’s vicious cycle of doling out more loans to pay for rising tuition costs.

Loosely defined, the higher education bubble refers to the unsustainable combination of several factors all coalescing at once: the rising cost of tuition; the growing irrelevancy of a liberal arts degree; ballooning student loan debt; and skyrocketing unemployment for college grads.

Vedder said the bubble is already starting to burst, as evidenced by the fact that school admissions are down precipitously from last year, pressuring an already bloated system.

As for what students could do to get the same type of education without shelling out tens of thousands of dollars, Vedder said there are commuter schools, vocational institutes, apprenticeships and the like open to students who wish to get their foot in the door without having a college degree. Students should also consider starting out at junior colleges in order to determine if they are a right fit for academia, he said.

The news was sobering for many students in the room, including sophomore Rachel Michaels, who told The College Fix she was surprised to learn federal subsidized loans actually increased the cost of college.

“When he brought that to light, I was frustrated because I have always thought that government loans and grants were helpful to higher education,” Michaels said.

The talk was hosted by Young Americans for Liberty and conducted via Skype.

Fix contributor Christopher White is a University of Missouri graduate student and an editorial assistant for The College Fix.