One of the, er, beauties of things like Critical Race Theory is that it’s sort of like quantum mechanics — things are never situated in precisely one spot, they’re always in flux.

With CRT, anything related to race, power, oppression, etc. is pretty much what a person wants it to mean.

That is, unless you’re a member of the historically oppressive class.

This is what the superintendent of Indiana’s Hamilton Southeastern School District learned recently. Allen Bourff had sent out a letter to district staff advising them to “treat Black Lives Matter as a political movement.”

“There is disagreement as to whether Black Lives Matter is a social issue or political issue,” Bourff wrote. “It is clear that many have moved it to the political arena an contend that teachers should be promoting it […] If we can accept for the sake of discussion that [BLM] is a political issue […] as school officials we cannot expose our politics, and we cannot advance a political cause through our work with students.”

Bourff went on to say that teachers can explore “the origins of a political cause [via] the social concepts and events that brought it to the political arena.”

His comments did not go over very well with some in the community.

The Racial Equity Community Network, founded by district parents, said Bourff’s letter “seems to discourage HSE teachers and employees from discussing or supporting Black Lives Matter in the classroom.” It added BLM is not “an extremist political group” but is “about humanity.”

And, in keeping with contemporary narrative, the RECN said Bourff was “upholding white supremacy” and is “an example of systemic racism.”

A petition also went up, titled “Black Lives Matter is NOT political,” which demands Bourff’s resignation and that his replacement be “preferably a person of color who can lead our school into the future from a healthier perspective.” It currently is about 500 signatures shy of its 2,500 goal.

Predictably, Bourff ended up apologizing within a day of his initial letter.

The intent of yesterday’s letter to the faculty was designed to provide instructional strategies to discuss and teach Black Lives Matter, one of the most significant issues of our time. I understand that the impact was hurtful, and for that I apologize. The letter was designed to provide guidance for teachers to lead these discussions and to assist students as they develop their own positions on this important social issue.

A district spokesperson said Bourff will not resign, however, and added initial letter was in response to receiving some 30 letters from parents concerned about the teaching of BLM.

Contrary to the Racial Equity Community Network and the petition’s assertions, Black Lives Matter has been quite political for other educators. For example, Vermont principal Tiffany Riley was canned for comments allegedly “diametrically contrary to her job of promoting racial equity.” Some of her “offensive” remarks included “I firmly believe that Black Lives Matter, but I DO NOT agree with the coercive measures taken to get to this point across” and “Just because I don’t walk around with a BLM sign should not mean I am a racist.”

It was political for teacher Ashley Bennett who “resigned” her position due to asking which black lives mattered: Do those of black police officers? Black babies? Black conservatives?

It was political for Assistant Principal Steve Lysenko when he attended a BLM rally and shouted “F*** the police!! F*** Rochester Police Department!!” Like Superintendent Bourff, a petition was set up for Lysenko — but in this case to support him: “Swear words are just words and should not be a reason to be fired. We all hear swear words anyways so it is not a big deal,” it stated.

And what about the latest from Christopher Rufo where a public elementary school in Philadelphia had its students “celebrate ‘black communism’ and simulate a Black Power rally [in the school auditorium] to ‘free Angela Davis’ from prison”? 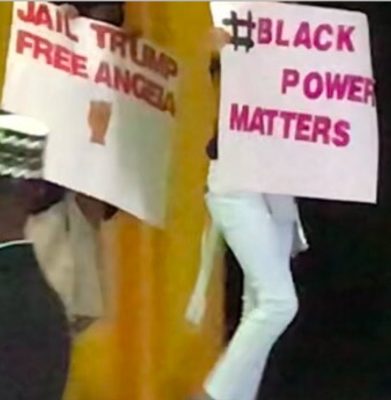 Confused? Scratching your head? Rolling your eyes? Like me, does anyone else feel like former NFL great John Matuzak in North Dallas Forty when his coaches keep switching back and forth from calling football a “business” and a “game”? (Language warning):

Superintendent Bourff did nothing wrong. His advisory letter to staff was well-reasoned and rational. Good on him for refusing to resign.

MORE: NJ high school wonders why some are upset at BLM fundraiser