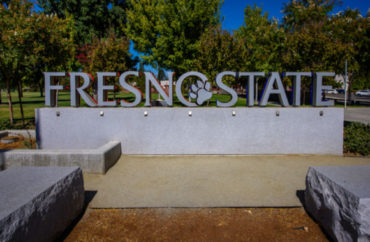 Not in her notes or original report

You would think that an admission of guilt would be included in a Title IX coordinator’s first report on a sexual misconduct investigation, or at least her notes.

You’d be really suspicious if that admission of guilt showed up in the amended version of her report – after an accused student was unexpectedly granted an appeal.

California State University-Fresno got rebuked in court this week for an unfair sexual misconduct proceeding against an accused student.

Many of the findings are based on recent legal precedents by California appeals courts that grant accused students specific due process protections when credibility is a decisive factor and they face harsh penalties.

But it’s the investigator’s amended report that should draw concern for students who come into contact with Fresno State’s Title IX adjudication system.

The Tuesday “minute order” by Los Angeles County Superior Court Judge Mary Strobel describes the university’s investigation into a third-party complaint that “John Doe” was “putting something (not clarified what drug it was) in women’s drinks at parties … and sleeping with them.”

Two female students actually went forward with formal complaints against Doe in 2016. The first report by Erin Boele, who remains the university’s interim Title IX coordinator, found that the sex was nonconsensual because “Roe 1” was under California’s age of consent at the time and “Roe 2” was incapacitated.

Nine months after Doe was expelled, the CSU chancellor’s office agreed to let him appeal because Fresno State never gave him the “Notice of Investigation Outcome” by Boele or the investigation report itself, “along with the names of all complainants and witnesses.”

Why it took the university so long to figure out it never gave Doe the evidence behind his expulsion is not explained.

The second proceeding, which reaffirmed Doe’s expulsion, led to Boele’s amended report with the first-time claim that Doe told her a year earlier that he knew Roe 1 was 17, and thus unable to consent under state law. (California has no “close-in-age” exemption.) 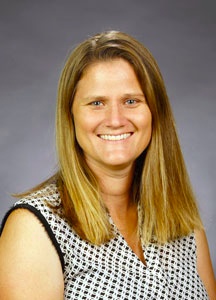 Fresno State media relations responded to The College Fix Friday but did not answer whether the university has investigated Boele (left) for her conduct in this investigation, and why she has remained “interim” in the position for nearly three years, if not longer.

Strobel threw out the findings with respect to Roe 2 because she was “unenrolled” from Fresno State at the time of the incident, as Boele’s amended report acknowledged. Under CSU systemwide procedures, the university can’t investigate complaints by students who are not currently enrolled.

In other words, Fresno State didn’t bother confirming that it had jurisdiction over one of the accusers before launching a full investigation and finding that Doe sexually assaulted her.

The university withheld crucial information from Doe throughout the first investigation, the judge found. When it told him he had been found guilty of nonconsensual sex with both women, Fresno State didn’t tell him he could appeal the decision.

At the sanctions hearing the following month, it told Doe he couldn’t question the decision because he never appealed it. When he tried to appeal after the hearing, Fresno State said it was “untimely.”

The original charges against Doe also failed to specify who claimed what, and the university alternately referred to “reports” (plural) and “report” (singular) about his sexual misconduct. He was only told that the allegations concerned nonconsensual sex with two female students on two specified dates. 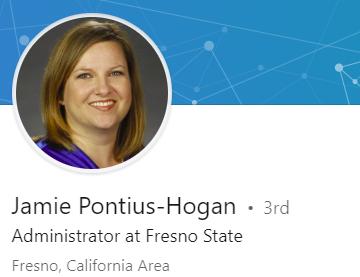 Even when he was notified of the findings by Assistant Dean of Students Jamie Pontius-Hogan (right), he was not told which student was incapacitated and which was too young to consent.

It was here that Doe “appeared to admit some facts regarding Roe 1, including that she ‘was four months shy of her eighteenth birthday’ in July 2015,” Strobel writes. Yet after Boele released her amended report in August, Doe’s October appeal categorically denied that he ever “told Erin Boele that I knew [Roe 1] was 17 years old when we had sex in July 2015.” (Remember: Boele interviewed him more than a year earlier.)

The ruling suggests that the chancellor’s office was referring to this “four months shy” language when it declined to reopen the Roe 1 case. Yet after it agreed to reopen the Doe 2 case, and Boele stated point-blank that Roe 2 was “unenrolled,” Fresno State still failed to acknowledge that it had no jurisdiction to investigate.

The dispute over Doe’s knowledge of Roe 1’s age was ultimately not relevant to Strobel’s ruling about the totality of Fresno State’s proceeding – because the university had misled Doe about the charges from the start.

As has happened to other students accused of sexual misconduct, Fresno State pulled a bait-and-switch on Doe.

Roe 1’s initial complaint said she couldn’t consent by virtue of “incapacitation by intoxication.” Strobel found no evidence that Boele ever told Doe the specific charges for Roe 1, and thus violated CSU system policy. Yet the investigator found him responsible for having sex with a minor, in a report that Doe didn’t receive until a year later.

In fact, Fresno State ignored multiple opportunities to tell Doe which accuser made which accusation. Boele’s original email to Doe didn’t even identify Roe 1 as an accuser, much less that Fresno State was investigating him for sex with a minor. The July 2016 findings letter, for the first time, disclosed that he had been charged with sex with a minor – yet didn’t identify Roe 1 as the minor.

It’s worth reading Strobel closely here when she rejects the university’s claim that Doe had adequate notice when he appealed for the second time, in June 2017:

Apparently, [Doe] had received Boele’s June 2016 report by the time he filed this appeal. However, [Doe] did not have notice of the allegation about Roe 1’s age during a procedure in which he could pose questions to Roe 1, including about her age, or challenge Boele’s investigative findings, including her basis for concluding that Roe 1 was under the age of 18.

Significantly, the August 10, 2017 remand letter admitted the lack of notice as to both Roe 1 and Roe 2: “the record does not reflect that the Parties were advised or offered the evidence upon which the findings would be based or given an opportunity to respond to such evidence.” Nonetheless, the Chancellor’s Office did not remand the matter with regard to Roe 1 on the basis that [Doe] had allegedly acknowledged that Roe 1 was a minor at the time of the sexual intercourse.

Strobel called this “fundamentally unfair” for the university to “rely on statements made” in Doe’s appeal, given that it never gave him notice or opportunity to respond to the allegations by Roe 1.

It’s here that Boele appeared to fabricate a confession from Doe during his interview a year earlier, as opposed to his “four months shy” language in June 2017. As evidence of this, the university cites her “amended report after the remand” of the Roe 2 case.

“Boele did not include this statement in her original report or investigative notes,” Strobel writes: “Given this inconsistency, this aspect of the amended report deserves little
credence.” (“Inconsistency” is putting it mildly.) And since the chancellor’s office didn’t remand the Roe 1 case, the amended report “does not cure the failure to give notice” about her specific allegations.

Unbelievably, Fresno State gets to try him again

The rest of the ruling heavily cites California appellate precedents on cross-examination and single-investigator models, in which one official acts as prosecutor and judge. Tellingly, the university defendants “declined to address these arguments in their opposition brief,” Strobel says.

Strobel noted that even more specific rules came down last month, when the Court of Appeal banned single-investigator models entirely. Not only is some form of visual cross-examination required in proceedings that turn on witness credibility and can result in severe sanctions, but the “factfinder” can’t have “divided and inconsistent roles.”

Even if the Roe 1 findings didn’t “necessarily” depend on credibility, Doe was still not given “sufficient notice” of the charge or opportunity to respond, Strobel says. And even if Fresno State had authority to adjudicate the “unenrolled” student Roe 2’s claims, its procedure was still unfair because 1) Doe was never allowed to cross-examine 2) a party deemed credible 3) before an independent fact-finder.

Unfortunately for Doe, a university that ignores its own rules, withholds specific charges and potentially fabricates evidence still gets to try him again.

Strobel said relevant legal precedent is not clear enough to ban Fresno State from investigating him again. While ordering the university to set aside Doe’s expulsion, she said it can open new proceedings against him “in a manner consistent with a fair procedure and the views expressed herein.”

Don’t hold your breath that a new proceeding will be any more fair.

A spokesperson for the university responded with a written statement on Friday that did not answer Fix questions about Boele’s conduct and job status:

Fresno State is committed to conducting sexual misconduct reviews and investigations impartially and in good faith. In accordance with Executive Order 1097, CSU policy prohibits sexual misconduct of any kind, which includes sexual activity engaged in without Affirmative Consent. Affirmative Consent cannot be given by a person who is incapacitated and sexual activity with a minor (a person under 18 years old) is not consensual.

In this case, the Superior Court of California judge’s ruling on February 5, 2019, is based entirely on procedural concerns and does not address the evidence regarding whether or not the assaults actually occurred. Many of these procedural concerns are based on legal standards that were just adopted by California courts in January 2019, several months after the University had concluded its investigative process. The judge confirmed that the university may institute new administrative proceedings against Doe for the assaults. The ruling is currently under review by university legal counsel. We will have no further comment at this time.

The Fix pressed the university to explain its punishment of the accused student even after it knew one of his accuser was not enrolled, and thus the university had no jurisdiction to investigate those claims.

Fresno State “remains firm on its position with respect to its authority to investigate this complaint of sexual misconduct under CSU Executive Order 1097, which applies to students, as the complainant was still identified in University records as an enrolled student when the incident occurred,” the spokesperson responded Feb. 11.

She added that it is “absolutely false” to insinuate that Boele “‘fabricated’ a confession statement after the appeal was filed” by the accused student.

The spokesperson has yet to respond to a Fix request to suggest another plausible explanation for why the purported confession was not mentioned in Boeles’ notes or original report.

UPDATE: The university responded to a Fix request after this article was published but did not answer specific Fix questions. Its full response has been added. A spokesperson provided further answers Feb. 11 in response to Fix followup questions, which have been added.