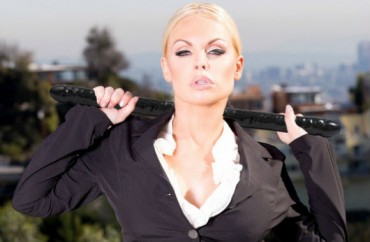 They include research in which black and white images of the phallus, and its packaging, are contrasted to explore the notion that differences in the two perpetuate unfair and incorrect racist stereotypes of African Americans.

Visit the sex shop to get hands-on with racism

Professor Amy Sueyoshi has used Alavi’s research in her course on human sexuality at San Francisco State, although Sueyoshi told The College Fix in a recent email that she hasn’t “taught the course in over six years.”

Other scholars who have relied on the research include Professor Randy Claros of De Anza College, a community college in California.

Claros told The Fix in an e-mail: “Yes I have used this article in my human sexuality course in the past.” He added that he came across the article while taking a human sexualities class at San Francisco State, although it’s not clear if it was a class taught by Sueyoshi.

Claros’ human sexuality class syllabus also includes debates on issues such as abortion and the legality of prostitution. Visiting an adult sex shop is also part of the coursework, according to the syllabus. Students seeking extra credit can also attend a workshop at the “Center for Sex and Culture” or an LGBT museum.

Another professor who uses this article for a gender and sexualities class is Portland State University Professor Matthew Geraths.

He told The Fix, “I use it to teach students how to do a discourse analysis in my sexualities class; students use this article to go out and make their own observations of sex shops.”