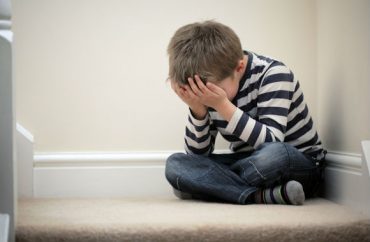 ‘Temporary removal’ is not discipline?

The school district claims he wasn’t punished. But it dragged him out of class for the day and warned him not to correctly identify the biological sex of a classmate again.

Liberty Counsel said an Ohio school district backed down after the religious liberty law firm warned that it could not punish a sixth grader for disagreeing with classmates who said a boy with gender dysphoria was actually a girl.

According to the narrative by Liberty Counsel in a press release and subsequent fundraising pitch, the school uniformly referred to the gender-confused male (“Boy A”) as a girl and used female pronouns for him.

In a redacted letter to the school district, Liberty Counsel said Boy A had started publicly identifying as a female this spring. It became “heavily discussed at the school, particularly by a group of girls” in John’s classes who quickly started treating Boy A as a girl and frequently discussing his “transition” with him in art class.

John is also in that class, and considers Boy A a friend. He was “subjected to conversations about these issues constantly, on at least a weekly or semi-weekly basis,” because the girls and Boy A sat directly behind him.

On May 13 the girls claimed that “taking girl hormones” and eventually getting his “male private parts removed” would turn Boy A into a girl. John “disagreed as a factual matter” and said he was “not a girl.” Another boy agreed that sex is “what you’re born with,” and cannot be changed by hormones and surgery, and a third boy “may have said something to a similar effect,” according to Liberty Counsel.

Their art teacher overheard the conversation and reported John and the boys to the assistant principal, falsely claiming they were “bullying” Boy A and that the third boy called him a “homosexual.”

The assistant principal, who is not named, called John into her office the next day and warned him “there might be consequences” because he called Boy A a boy and used male pronouns. She pulled him out of his physical education class that afternoon “in front of his friends” and apparently warned him again that he’ll be punished if he refuses to refer to Boy A as a girl.

According to Liberty Counsel, John learned “the other boys received in-school suspension” that day for their participation in the conversation, and out-of-school suspension the following day.

The assistant principal called John’s mother that day and said he was “only” suspended from gym class because though he misgendered Boy A, she didn’t believe that John was participating in the “bullying.”

MORE: Teacher kicks student out of class for stating there are only two genders

Liberty Counsel told the school district it was not legally allowed to “silence students who respectfully disagree” with their classmates that “castration is a good thing” for Boy A. It can’t force John to “encourage” Boy A in his gender identity, because that could play a role in the gender-confused student taking “harmful cross-sex hormones” and seeking “non-medically necessary” surgery.

Citing the Supreme Court’s Tinker ruling, which bans schools from suppressing the peacefully expressed beliefs of students, Liberty Counsel told the school district it was singling out John for participating “in conversation during school time where students may talk” about “otherwise permissible subjects of discussion.”

It emphasized that John was “repeatedly subjected” to these conversations in art class, with the teacher apparently allowing students to affirm Boy A’s gender identity but not disagree with it.

‘Enclaves of totalitarianism’ that ignore science

To punish John is to “turn classrooms into enclaves of totalitarianism” that censor the “commonly-held, mainstream, factual view” that sex is biologically determined. Liberty Counsel cited “more than 6,500 unique differences at the DNA level” between the sexes that do not change based on hormones or surgery.

Not only did the school district botch its own anti-harassment policy, but it’s violating a “student rights” policy that protects the constitutional rights of students to express themselves “as appropriate for the school environment.” Since informal transgender discussion has already been approved in the classroom, the school district can’t censor one view, the letter said.

Liberty Counsel threatened to sue if the school district did not expunge John’s record for the incident. It also must promise not to punish or coerce students for “respectful disagreement” with transgender ideology and using sex pronouns correctly, the letter said.

In a response letter, the school district’s law firm denied that John had been formally disciplined, saying his “temporary removal” from class was not recorded. It said the Board of Education does not punish students for “respectful disagreement on any topic.”

It’s a little more complicated on the pronoun issue:

The Board of Education does not discipline students for using certain pronouns in referring to students or coerce any student to use a particular pronoun. Staff may inform students that a particular student prefers to be referred to as a particular pronoun. However, that would only occur with consent of the student and his or her parents, but no student would be required to use the preferred pronoun.

According to Liberty Counsel’s release, John’s parents were satisfied with the assurances from the school district.

The unnamed school district is apparently Cincinnati Public Schools, based on the dateline in Liberty Counsel’s original press release. The College Fix has contacted media relations for the school district to verify.