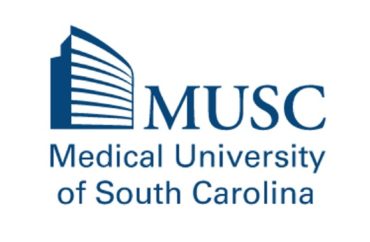 ‘The argument that diversity must be achieved to accomplish optimum clinical outcomes for patients is without evidence,’ former Penn medical school dean says

Eight programs run by the Medical University of South Carolina are now the subject of a federal investigation by Department of Education officials following a complaint by a nonprofit.

The Medical University of South Carolina changed the listed eligibility criteria for some of its diversity scholarships that required recipients to be from groups “under-represented in medicine” students, following a federal complaint that alleged the program violated civil rights.

However, the complaint from Do No Harm, a nonprofit group fighting wokeness in healthcare, still triggered an investigation into eight separate programs, including mentoring initiatives and scholarships.

It is still ongoing as of December 14, according to an email to The College Fix from the organization.

Do No Harm’s leader and former associate dean of the University of Pennsylvania Medical School, Dr. Stanley Goldfarb, criticized the notion of prioritizing diversity above hard work and experience.

“Individuals, particularly immigrants and others who overcome economic and cultural disadvantages, can through their hard work and perseverance achieve their goals,” Goldfarb told The Fix via email.

“The argument that diversity must be achieved to accomplish optimum clinical outcomes for patients is without evidence,” Goldfarb said. “Those who argue for the importance of diversity in the medical workforce and in admission to medical school place the interests of students and practitioners, particularly minorities, above the interest of patients.”

The Do No Harm founder continued to express his belief that this kind of division within the medical field is not what Americans desire.

A Fix review of the school’s website on December 14 found that the “Underrepresented in Medicine Visiting Student Program” still excludes white students. There is a small fee waived for students in this program as well as unique mentoring opportunities.

That program is one of the eight now under federal investigation by the Office for Civil Rights at the Department of Education, according to Do No Harm.

The website originally stated that a recipient of funding for the Rose Delores Gibbs, M.D. Endowed Scholarship must be “a current female URM student, preferably one who plans to practice Family Medicine or Internal Medicine.”

The Gibbs Scholarship now says “particular attention will be given to applicants who represent a group that is underrepresented in medicine.” It remains under federal investigation.

The recipient criteria for the Jenny and Jerry Reves, M.D. Diversity Scholarship was initially described as “promising under-represented in medicine (URM) students.”

Descriptions of eligibility requirements for both scholarships were then changed by the university and now state that “particular attention will be given to applicants who represent a group that is underrepresented in medicine,” citing efforts to increase diversity in healthcare.

The website was also updated to say that students who apply for the scholarships will “demonstrate both academic merit and financial need.”

The Fix reached out to the university’s College of Medicine Dean Terrence Steyer and its Group on Diversity Affairs to ask if the scholarship descriptions were changed as a result of the civil rights complaint as well as what groups the university considered to be “underrepresented in medicine.”

Neither Steyer nor the group on diversity affairs responded to three different requests for comments sent in the past two weeks.

MORE: Toronto university only wants to hire candidates who ‘self-identify’ as black