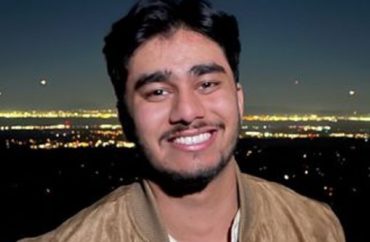 Student is helping teach a class about ‘Islamophobia’

A Stanford University teaching fellow wants to know why the campus College Republicans are allowed to host speakers that he deemed “Islamophobic.”

Yusuf Zahurullah, the “Anti-Islamophobia Teaching Fellow” for the private university’s Center for Comparative Studies in Race & Ethnicity is one of the instructors in a new one-credit class on “Islamophobia” offered at Stanford. He is also a student at the California university.

“There are certain political groups on campus, namely Stanford College Republicans, who in years past have brought in very Islamophobic speakers,” Zahurullah (pictured) told The Stanford Daily in an article about the “Interrogating Islamophobia” course offered this semester. “It’s a lot of like institutional things where it’s like, why is the school allowing this to happen?”

We’re trying to understand what are all the different ways in which you can think about Islamophobia and how Islamophobia actually manifests, whether it’s explicit, like hate crimes and verbal abuse, or more systemic things like the Muslim ban that Trump tried to pass.

The student newspaper article did not provide examples from the teaching fellow about specific “Islamophobic speakers” hosted by Stanford College Republicans. Past speakers since 2018 have included the Daily Wire’s Ben Shapiro, former Vice President Mike Pence and former Wisconsin Governor and current Young America’s Foundation president Scott Walker, though at the time he was not with YAF.

Zahurullah’s fellow instructor, Markaz Resource Center Associate Dean and Director Abiya Ahmed, told the campus newspaper he wanted the course to expand beyond “statistics” to understand the issue of discrimination and prejudice against Muslims.

“I could throw statistics at you and say ‘last year X number of Islamophobic acts or hate crimes or whatever occurred,’ but part of what we’re trying to do in the course is trying to expand how we understand Islamophobia,” Ahmed told the campus newspaper.

One student told the paper that sharing “anecdotes” is her favorite part of the class.

The campus paper reported that the article will look at Islamophobia on both “the left and right sides of the political spectrum.”