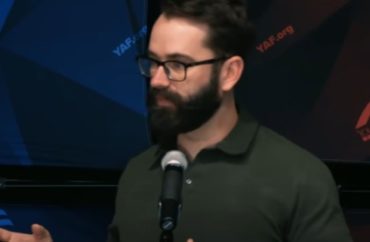 Protests against conservative firebrand Matt Walsh’s appearance at Stanford University in March will be supported by funding from the student senate, which officially opposes the event.

Walsh’s visit, part of his “What is a Woman?” campus lecture tour, will be hosted by the Stanford College Republicans in conjunction with Young America’s Foundation.

The Undergraduate Senate “pledges to reserve an additional $1,000 of our discretionary funding alongside with Stanford Student Enterprises’ pledge of $2000 in support of counter programming,” according to the resolution. Student Enterprises is a related organization that exists to “support the [student government].”

The student senate wants the campus to know it “endorses counter protest efforts that support trans and queer students and will actively work to support planned events in support of the queer community on campus during this event.”

It did not respond to multiple requests for comment from The College Fix in the past six weeks. The Fix asked what specific counter events are being planned and for more information on the funding approval for the Walsh speech.

The Stanford Republicans also received money from the student senate to host Walsh’s visit. This is because “denials of grants based on the content of speakers could lead to immense legal consequences,” as well as complaints filed with the group’s Constitutional Council, which could take money away from “counter protests,” according to the resolution.

YAF’s “What is a Woman” tour is based on a movie of the same name by the Daily Wire host. The documentary explores the problems of gender ideology and transgenderism.

“Throughout Matt Walsh’s YAF-sponsored tour, student governments and campus bureaucrats have repeatedly tried to derail our events,” YAF spokesperson Nick Baker said in an emailed statement to The Fix.

This is not the first time an event with the Daily Wire commentator has drawn controversy and protest.

MORE: Eventbrite pulls ad for Matt Walsh’s ‘What is a Woman’ screening

“At the University of Houston, we believe that leftist student employees were responsible for disrupting our live stream feed. At Alabama, student government officers attempted to block the YAF chapter’s event funding,” Baker said.

Further, “at UW-Madison, an instructor admitted to tearing down flyers and has successfully evaded any form of recourse from the administration for blatantly violating our students’ rights,” he said.

Students and faculty were left “physically sick” and “hurt” by Walsh’s event at UW-Madison, according to complaints obtained by The College Fix.

Despite the interference, YAF “packed each and every auditorium to capacity and beyond,” according to Baker.

Stanford College Republicans did not respond to requests for comment in the past month about the student senate response and safety concerns surrounding the “What is a Woman” event.