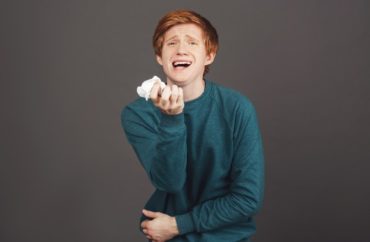 Several Stanford University students in a comparative literature class are angry at their professor because he allegedly did not allow an undergrad to offer a “critical” perspective of an assigned text.

The class was discussing the 19th century novella “The Mandarin” about Teodoro, “an impoverished Portuguese civil servant” who makes a deal with the Devil to kill a wealthy Chinese official.

Teodoro later regrets his decision, and travels to China to find the family of the man he killed.

According to The Stanford Daily, despite Professor Joan Ramón Resina’s allegedly questionable choice of an “orientalist” text, students “came to class […] ready to engage critically.”

But one student said “rather than fostering an open discussion, Prof. Resina created an atmosphere of hostility by repeatedly asserting that we should abstract away from the racial element of the book.” An Asian student, “Taylor,” wanted to talk about the “racial and colonialist dynamics” of the book, but Resina allegedly kept wanting to change the topic.

Although Taylor managed to finish relaying her thoughts about how “morality applies differently to colonizers and colonized people,” Resina  (pictured) remained “dismissive.” This led to Taylor becoming “distraught” and “breaking down in tears.”

Adding to the emotional tumult was Resina seemingly not realizing, or caring, that he made students “uncomfortable.”

This led to eight of the ten students in the class drafting a letter of complaint to the department chair of the Division of Literatures, Cultures, and Languages. It said that “The Mandarin” is “shot through a Western colonial lens” and “’dehumanizing’ in its depictions of Chinese people,” and Taylor noted she “perceived” Resina’s reaction to her as “racist” and “sexist.”

Included in the letter was a description of the class meeting following the incident from a student in attendance. Based on their account, Resina expressed his right to get the class “back on the rails” and described the students’ perspectives on the text as “identity politics.”

Students also proposed three options for “improving the situation and mitigating further harm” in [the course] in their letter. Continuing the class with [co-instructor Nathan] Wainstein as their sole instructor was their preferred option. The other two proposed options were to allow students to withdraw from the class without penalty, or to independently study with Wainstein, the preferred instructor among students interviewed by The Daily.

In response to the letter, the DLCL provided students with four different options to move forward with the class. In option one, students could choose to attend class and complete assignments as before. Students could also decide to submit work without going to class. Alternatively, students could choose not to do any more work for the class and switch their grading basis to CR/NC, while still fulfilling a major requirement. The last proposed option was to withdraw — and receive a ‘W’ on their transcript …

According to the report, some students were “disheartened” by DLCL’s response, and — as often happens in situations like this — one called for structural changes in the department: “As students, we want this incident to be an impetus for hiring more diverse faculty within the DLCL.”

As the department’s faculty represent “16 different countries” and “more than 40 languages,” one may wonder precisely what this student has in mind.

Taylor, the Asian student, accused professors in the department of lacking certain “expertise” and not “know[ing] how to teach” some topics. You can judge Professor Resina’s expertise for yourself here.