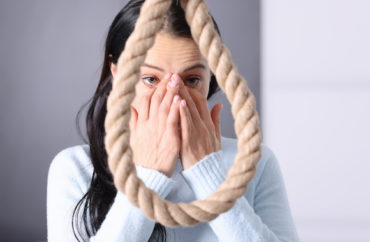 “Two cords with loops that may represent nooses” (emphasis added) were discovered by a student Monday evening during a trail walk, according to an email from Vice Provost for Institutional Equity, Access and Community Patrick Dunkley and Dean of Students Mona Hicks.

Hicks’ office “connected” with the student who reported the potential nooses and “will continue offering support,” The Stanford Daily reports.

Stanford’s Department of Public Safety worked together with the campus arborist and determined the cords had “likely been hanging for 18 to 24 months.” But Dunkley and Hicks noted that while the cords might have been part of “abandoned swing or rope ladder,” they could not be certain “whether the ropes were deliberately fashioned in the shape of nooses.”

As such, the officials condemned the potential nooses, noting they are “a potent symbol of anti-Black racism and violence that is completely unacceptable under any circumstances.”

The Daily’s Ila Mathur writes the university’s communication efforts with regards to the potential nooses were an upgrade from those dealing with another “noose” in 2019. What Mathur doesn’t note is the 2019 “noose” likely was as “potential” as these recent ones: Witnesses had revealed it probably was a remnant from hanging ornaments.

Dunkley and Hicks (the former just recently was appointed to his position) further showed their empathy by pointing out  mental health resources available on campus. They also “acknowledged the compounded emotions students may feel” in hearing news of the potential nooses, the 2019 “noose,” and a recent survey which showed over 60 percent of Stanford’s black students “had experienced at least one microaggression” while on campus.

But, Mathur writes, “it remains to be seen what other measures will be taken to promote solidarity and healing as this investigation continues.”

MORE: Princeton to host vigil over ‘noose’ nobody knows anything about