Progressive locales are becoming downright comical in how they deal with seemingly routine tasks and encounters. That is, unless you view things through an academic/critical theory lens.

A hilarious “road rage” event in Portland, Oregon recently was captured on cell phone video and your average viewer certainly will ponder if it’s a parody (it’s not): A white woman chides what appears to be an Hispanic man for driving recklessly, whereupon the man criticizes the woman’s whiteness and screams about her “colonizer mindset.”

Perhaps what’s most priceless about the encounter is that while the man is yelling at the top of his lungs about the “colonizer,” the woman calmly tells him that yes, people need to hear his complaints about that very topic … but now isn’t the time. She then attempts to redirect the discussion back to his (allegedly bad) driving.

This attitude brings us to the Oregon Health Authority, the agency responsible for handling COVID-related information and the state’s vaccine drive (and which made highly dubious decisions like requiring track and field runners to wear face masks during competitions).

According to Reason’s Robby Soave, OHA Regional Health Equity Coalition Program Manager Danielle Droppers delayed a meeting between agency officials and community members on the grounds that being prompt is a “white supremacist value.”

MORE: Rutgers professor: Even the concept of time is racist

“We recognize that urgency is a white supremacy value that can get in the way of more intentional and thoughtful work, and we want to attend to this dynamic,” Droppers wrote in an email. “Therefore, we will reach out at a later date to reschedule.”

A link at the end of Droppers’ message goes to a website called “White Supremacy Culture,” in this instance specifically about being on time. “A constant sense of urgency,” the page reads, “makes it difficult to take time to be inclusive, encourage democratic and/or thoughtful decision-making, [and] to think and act long-term.”

What’s more, urgency can “sacrific[e] interests of BIPOC people and communities in order to win victories for white people” and “erases the potential of other modes of knowing” such as “intuitive” and “spiritual.” 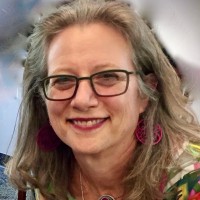 The White Supremacy Culture site is the brainchild of Tema Okun (pictured) whom Stanford University referred to as an “American grassroots organizer-scholar.” The same Stanford article further elucidates on Okun’s thoughts about time:

“A world driven by capitalism, professionalism is based on a monochronic relationship to timeliness and work style. It centers productivity over people, values time commitments, accomplishes tasks in a linear fashion, and often favors individuals who are white and Western.”

The director of the San Francisco Unified School District Arts Department even used Okun’s work as a justification for doing away with acronyms — because “our culture perpetuates racism when things continue to be written down in a certain way.”

According to her Linkedin profile, Okun is “an artist, a poet, and a writer [who] has spent over 30 years working with and for organizations, schools, and community-based institutions as a trainer, facilitator, teacher, and mentor focused on issues of racial justice and equity.”

Although Reason’s Soave claims Okun’s work technically is not critical race theory, it’s “often adjacent to CRT in diversity, equity, and inclusion training materials [which] has clearly made inroads in education settings.” It sure has. And now it’s infected a government agency responsible for handling issues regarding the deadliest pandemic in decades.

Am I being a pessimist if I say “We’re doomed”?

MORE: Oregon teachers: Eye-rolling is ‘harmful,’ based on white supremacy