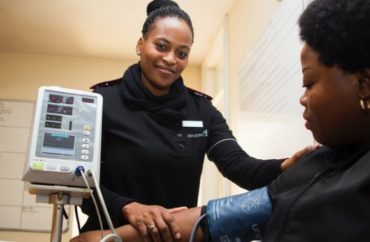 A taxpayer-funded study from the Medical College of Wisconsin will fight diabetes among African-Americans by giving them money to learn about health.

The $138,197 National Institutes of Health grant for this fiscal year covers an ongoing study that is set to end in November 2026.

The money will help fight “structural racism” which contributes to poor health outcomes for black Americans, according to the lead researcher.

Professor Jennette Campbell leads the project and teaches at the Milwaukee medical school.

Campbell will use a “cash transfer” program that “supplements basic income conditional on performing certain health-related activities such as attending health education classes or completing preventive care recommendations.” Her study will also use an “unconditional” payment system as the control variable.

“A key factor that is emerging as a significant contributor to poor health outcomes for [African-Americans] is structural racism,” according to the grant summary. “A component of structural racism is historical redlining and restrictive covenants that has forced AAs to live in less-than-optimal neighborhoods in inner cities of most urban areas.”

Recipients in the “conditional” group will get paid to participate in “nurse-led, virtual diabetes education/skills training and stress/coping intervention.”

The College Fix contacted Dr. Campbell for comment but received no response.

The National Institute of Diabetes and Digestive and Kidney Diseases provided further information in response to a Fix inquiry.

“One of NIDDK’s strategic scientific goals is to advance the understanding of biological pathways and environmental contributors to health and disease,” NIDDK Public Liaison Alyssa Voss told The Fix on Jan. 11.

She said the government agency funds research “that examines the links between biology, behavior, and the environment, including social determinants of health and structural factors, that contribute to disease heterogeneity and health disparities.”

Do No Harm, an advocacy group which fights against wokeness in medicine, said that the study is an example of working to improve health outcomes for minorities, without treating people differently based on skin color.

“In general, we consider studies which improve the delivery of healthcare through improving access to healthcare to be valid approaches to dealing with healthcare disparities,” Dr. Stanley Goldfarb, founder of Do No Harm, told The Fix via a media statement. Goldfarb is a former associate dean of the University of Pennsylvania School of Medicine and is a kidney specialist.

Dr. Goldfarb concluded by stating that “we have no difficulty attempting to improve access to the healthcare system for minority patients.”

“What we do oppose is treating patients differently once they enter the healthcare system, based on skin color,” Goldfarb said.