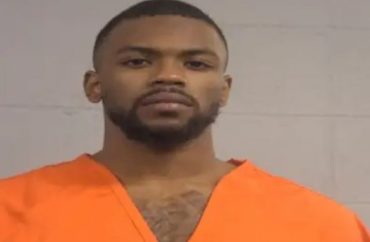 ‘This is not a hate crime — it is a mental health case,’ his attorney said

Greenberg is a former member of the public university’s Board of Trustees. University spokesperson John Karman told The College Fix on Tuesday via email that Brown is in his senior year.

The college senior “was charged late Monday with attempted murder and four counts of wanton endangerment after Greenberg was shot at in his campaign headquarters that morning,” according to the Courier Journal. “No one was injured in the shooting, but a bullet grazed Greenberg’s sweater and shirt.”

The Louisville police have not identified a motive for the crime.

Brown pleaded not guilty Tuesday to the charges according to the Courier Journal. The judge set his bail at $100,000. His attorney, Rob Eggert, told the local newspaper that Brown has mental health issues. “This is not a hate crime — it is a mental health case.”

Brown briefly went missing in June of 2021, WHAS 11 reported. Eggert, his attorney, said he was found two weeks after his disappearance “on a park bench in New York,” the Courier Journal reported.

Eggert also said in court that Brown had no criminal record other than a speeding ticket, and that “he has a ton of support in the community,” the paper reported.

Brown is a former editorial intern and columnist for the Louisville newspaper, where he previously wrote opinion pieces on poverty, race and violence. In a 2019 piece for the newspaper, Quintez strongly criticized Kentucky legislation that allowed individuals 21 and older to carry a gun without a permit.

Here is @JoyAnnReid interviewing the shooting suspect/BLM activist/black nationalist accused of trying to assassinate a Louisville mayoral candidate in a shooting. Quintez Brown was an anti-gun advocate in the March for Our Lives protest. pic.twitter.com/1yPM4qr1ek

“Every time lawmakers vote against gun safety, and thus the lives of our most vulnerable, they show that their hearts can be as cold as the steel of the guns they praise,” Brown wrote.

In December 2021, Brown announced he would run for Louisville Metro Council in District 5.