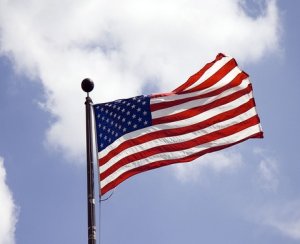 A vote by a student government subcommittee at UC Irvine last week to ban hanging the American flag around some parts of campus – a resolution that claimed the stars and stripes is offensive and divisive – has been overturned.

The student government’s executive committee on Saturday vetoed the decision of its lower body in a 4-1 vote, the Orange County Register reports.

“We fundamentally disagree with the actions taken by [the legislative council subcommittee],” the student government’s executive cabinet said in a prepared statement, calling banning the American flag “counter to the ideals that allow us to operate as an autonomous student government organization with the freedoms of speech and expression associated with it.”

The decision by the legislative council subcommittee to ban the flag in a 6-4 vote last Tuesday was based on a resolution that stated the American flag has been flown in times of “colonialism and imperialism,” and that flags can serve as “weapons for nationalism,” and that “freedom of speech, in a space that aims to be as inclusive as possible, can be interpreted as hate speech.”

The decision caused a national uproar, including from the UC Irvine campus itself, with many of its students saying they did not endorse the decision.

“This misguided decision was not endorsed or supported in any way by the campus leadership, the University of California, or the broader student body,” UC Irvine officials said in a statement. “The views of a handful of students passing a resolution do not represent the opinions of the nearly 30,000 students on this campus, and have no influence on the policies and practices of the university.”

Many veterans and others had voiced outrage over the flag ban. Meanwhile, a group of Californian Republican lawmakers are set to draft legislation that prohibits publicly funded universities from banning the American flag.

“As an alumni of the University of California, Irvine, but most importantly as an immigrant who came to the United States in search of freedom and democracy, I am disheartened that the student council has chosen to remove the American flag from its lobby,” Republican state Senator Janet Nguyen, who will introduce the bill, said in a prepared statement. “Millions have sacrificed to defend freedom and democracy for over 200 years while brave service men and women continue to risk their lives everyday so that we can fly the American flag with dignity and pride. I cannot stand idly by while this beacon of freedom is banned.”

Late Saturday afternoon, Nguyen applauded the veto, but said she planned to move forward with her bill, noting “I want to ensure this won’t happen again,” reports the Orange County Register.

A petition by a statewide College Republican group against the decision also circulated over the weekend.

Meanwhile, the fight is not over yet.

“The legislative council meets on Tuesday and could choose to override the veto with a two-thirds vote,” the Orange County Register reports. “But even if the measure is passed, it will still go to the judicial board, which will consider whether or not it infringes on freedom of speech and other rights.”

But Reza Zomorrodian, student council president and chair of the executive cabinet, told the Register he does “not expect the legislative council to override the veto, considering the ‘loud and clear’ message from campus and executive board.”