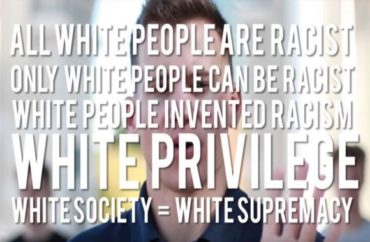 A group dubbed “Students for Western Civilization” wants to establish a chapter at Canada’s McGill University in order to “fight anti-white hate speech” and “preserve and enhance [white] cultural heritage.”

But according to CTV News, it is believed the group may be comprised of just one person — George Hutcheson, a 30s-ish gent who’s worked with the country’s “far-right media” and was highlighted recently in a documentary about white nationalism.

Hutcheson confirmed the group is seeking official recognition at McGill, but said the Students’ Society of McGill University claimed it hasn’t received the request … “nor is it considering” approval if/when it does.

SSMU spokesperson Brooklyn Frizzle confirmed this: Students for Western Civilization “do[es] not align with the values of the SSMU.”

In a Monday blog post, the SWC wrote McGill has “many ethnicity-based student groups, but none which defend the special interests of white students.” It said students at Canadian universities are “indoctrinated” with themes such as “all white people are racist,” “only white people can be racist” and that “white societies are necessarily ‘white supremacist’ societies.”

The SWC also warned anyone interested in joining the group that they would be “slandered,” “ostracized” and “attacked.”

In a statement, the McGill administration said the university “fully respects freedom of speech,” but “will remain vigilant to ensure that all members of our community feel safe, welcomed and respected on our campuses.”

In an email, Hutcheson claimed that the group picked McGill as the site of a new chapter at students’ requests.

“We chose McGill because we were contacted by five students there who wanted to start a branch,” he wrote.

“So far, we’ve received 11 new applicants, but they haven’t gone through our admission process yet.” …

In its statement to CTV, SSMU said it is very concerned by the idea the group could try to come to campus.

“The Executive Team is approaching this matter with the utmost seriousness and, in the interest of centring [sic] the experiences of People of Colour and not giving a platform to hateful dialogues, we are making every effort to resolve this situation swiftly and quietly,” it wrote.

A New York-based documentary filmmaker who spent time with Hutcheson said that despite the “really silly” appearance of his group to many people, it shouldn’t be underestimated.

“He knows what he’s doing,” said Daniel Lombroso, the director of the documentary “White Noise,” released this summer, about the global rise of the white nationalist movement.

“He’s basically going to use the student group as a way to radicalize college students,” he said.

Lombroso added Hutcheson’s “militia-like language” appeals to “disaffected” students looking for excuses to blame society for “conspiring against you as a white man.”