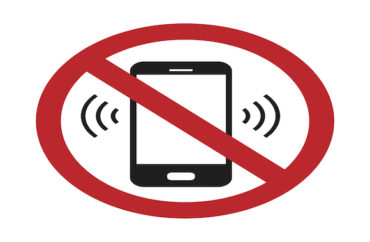 Stop looking at everything through a 3.5-inch screen

The comedian Pete Davidson generated some controversy recently when he went on an extended rant against students at the University of Central Florida. Davidson, who was performing a standup routine there, had instituted a no-cellphone rule during his performance; numerous students ignored that rule, holding their phones up to videotape his routine. Davidson proceeded to viciously excoriate them. About 98 percent of what he said is unprintable in an opinion column.

Expletives aside, the comedian has a point. Most people, particularly younger people and college students, are obsessed with filming everything through their phones. Any time a special event or incident occurs, the phones come out; rather than simply enjoy a special occasion, people feel compelled to view everything through a tiny digital screen. And for what purpose? There is never any joy in any of it—people watch their screens with blank, uncomprehending expressions, frowning over the camera angle and lighting rather than actually enjoying whatever it is they’re witnessing.

Pete Davidson is not all that great of a comedian, but he’s at least worth listening to if you paid to go see him. Videotaping a comedic routine in person is both lame and self-defeating: You don’t get to enjoy the event itself, and all you’re left with is a crummy shadow of it, something you might briefly look at later for a minute or two. (Maybe you’ll show it to a friend, but what kind of boast is that? “I paid to see a comedian and I didn’t even really watch him.”) Students, now is as good a time as any to start growing up: Put away the cell phone and just enjoy life for a minute. It won’t kill you.