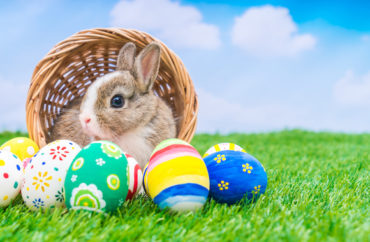 An idea to host an Easter egg hunt in the dorms was shot down at Western Carolina University because it’s not inclusive enough, with a housing director telling student RAs “we can’t assume that all of our residents celebrate Easter.”

That according to a video obtained by Young America’s Foundation, which reports that the incident took place during a mandatory Residents Assistant training at Western Carolina University.

The foundation published a one-minute video showing an online meeting among RAs brainstorming ideas and apparently, before the video starts, one of the students had suggested an Easter egg hunt.

In response, a Western Carolina University housing coordinator told students that idea ran afoul of the institution’s commitment to “inclusive excellence.” She added that Christmas is also a no-no.

“Inclusive excellence is part of our creed so we can’t assume that all of our residents celebrate Easter. So when you were actually talking about Easter eggs I am like, ‘What Marvel has, like Easter eggs in a movie or something or like in a video game?’ So I thought like something along those lines. But you can do like a scavenger hunt and hide things in the building. So even during the holidays we can’t say Christmas or [be] specific to one religious holiday, we also just say happy holidays just because we have to be inclusive here at Western.”

A university spokesperson, in a statement to Fox News, said there is no campus policy that prohibits using “Easter.”

“This was a conversation among RAs in training and a housing coordinator, who was merely suggesting that we should consider that not everyone observes the same religious holidays, so we need to be inclusive of everyone,” spokesperson Marlon Morgan said.

“That was all. WCU hasn’t banned any religious terminology, and we have no policies to that effect.”

YAF notes that despite the housing coordinator’s opposition to Easter, one resident assistant sent a dorm-wide email in late March to advertise a talk on atheism.

Western Carolina University is not the only campus to face an Easter egg hunt controversy this week.

Conservative students at the University of North Texas were attacked for their Bible verse Easter egg hunt, with many in the campus community calling for a mass trashing and stomping of the eggs.