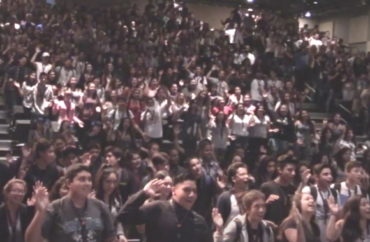 Students would chant to an Aztec god that accepts human sacrifice under a proposed California ethnic studies curriculum.

“The curriculum includes an official ‘ethnic studies community chant,’ in which students appeal to the Aztec gods—including the god of human sacrifice—for the power to become ‘warriors’ for ‘social justice.’ Students seek … ‘a revolutionary spirit’ through these incantations,” reports journalist Christopher Rufo, who tweeted out images of the curriculum to support his statements.

At stake? “Adoption would clear the way for the state legislature to vote on a bill making ethnic studies a high school graduation requirement for all 1.74 million high schoolers in the state,” reports RealClear Investigations.

There is also video of another proposed chant that shows high school students in Los Angeles cheering in various Spanish, Swahili and Native American phrases in advance of discussions on topics such as oppression, power, solidarity and systemic racism, RealClear reports. 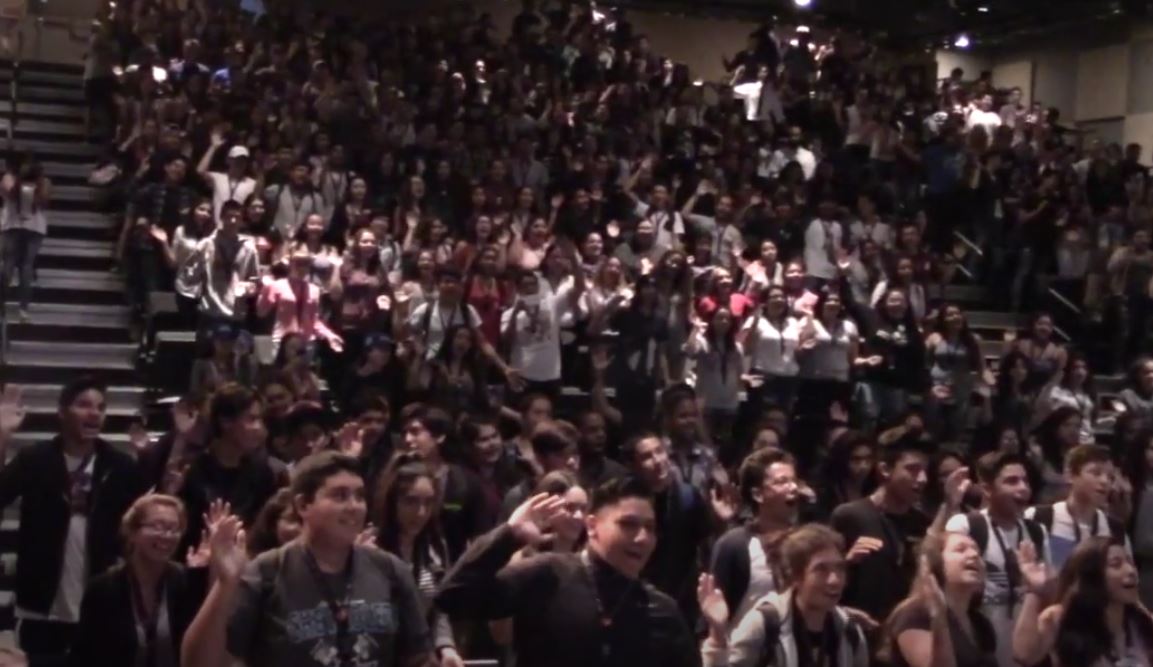 That video is linked within the proposed curriculum before the California Department of Education.

In it, the students clap and stomp their feet as they chant about tackling various struggles together, according to a translation by RealClear: 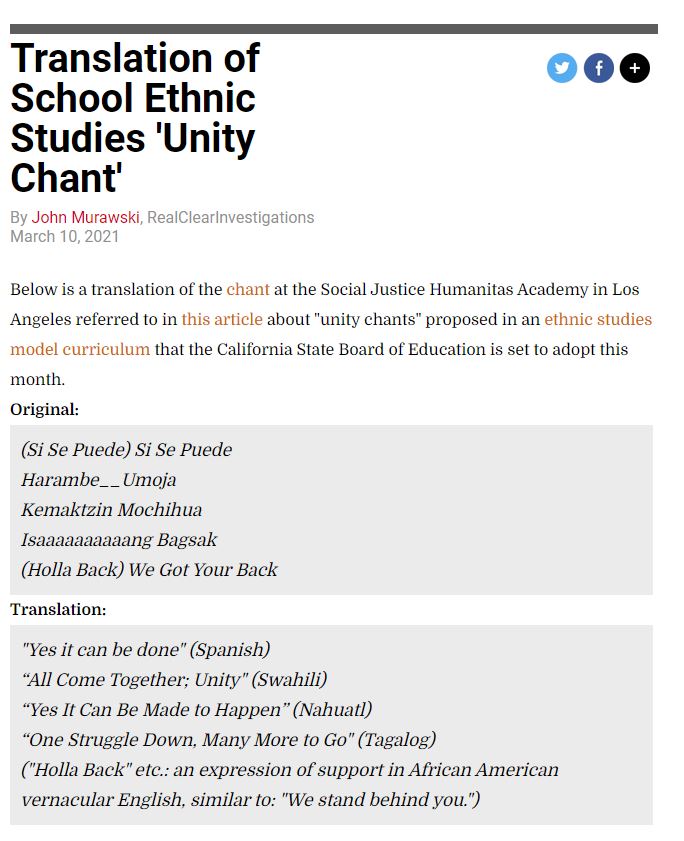 As for the proposed chant that includes Aztec gods, Fox News reports:

The chant starts with a declaration that “you are my other me” and “if I do harm to you, I do harm to myself.” Before chanting the name of the Aztec god Tezkatlipoka, the text reads: “Seeking the roots of the truth, seeking the truth of the roots, elders and us youth, (youth), critical thinking through.”

… In Aztec mythology, Tezkatlipoka is the brother of Quetzalcoatl, Huizilopochtli and Xipe Totec — all of whom appear to be invoked in the proposed chant.

Rufo, writing for City Journal, expanded on what the proposed curriculum aims to accomplish:

In theoretical terms, the new ethnic studies curriculum is based on the “pedagogy of the oppressed,” developed by Marxist theoretician Paolo Freire, who argued that students must be educated about their oppression in order to attain “critical consciousness” and, consequently, develop the capacity to overthrow their oppressors. Following this dialectic, the model curriculum instructs teachers to help students “challenge racist, bigoted, discriminatory, imperialist/colonial beliefs” and critique “white supremacy, racism and other forms of power and oppression.” This approach, in turn, enables teachers to inspire their pupils to participate in “social movements that struggle for social justice” and “build new possibilities for a post-racist, post-systemic racism society.”

The California Department of Education states on its website that officials will present this final draft, and a summary of public comments, to the State Board of Education at its March 17 meeting. Those who wish to submit comments may do so at “[email protected],” the department reports.