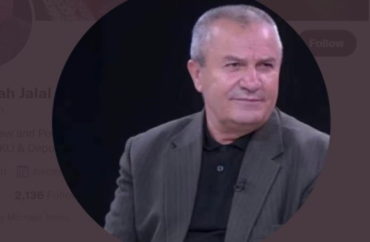 The Taliban arrested an Afghan law and political science professor after he made statements on television and social media denouncing the fundamentalist group’s actions since their return to power in August 2021.

Faizullah Jalal, an eminent professor at Kabul University, was targeted for recent talk show appearances on Afghan television in which he blamed the Taliban for deepening the country’s economic crisis and ruling by force, reported Al Jazeera on January 9.

On one occasion, Jalal referred to Taliban spokesman Mohammad Naeem as a “calf,” a serious slur in the local culture, according to Al Jazeera.

Jalal’s remarks about Naeem and the government generally have received much attention on social media.

TOLO TV, Afghanistan’s largest station, which broadcasted the shows on which Jalal made the remarks, tweeted that the professor was arrested “reportedly for making allegations against government departments.”

Taliban spokesman Zabihullah Mujahid tweeted that Jalal had been detained for “trying to instigate people against the system” and “playing with the dignity of the people.”

Jalal’s wife, Massouda, who ran as Afghanistan’s first woman candidate for the presidency in 2004, posted on Facebook that her husband had been arrested by the Taliban forces and “detained in an unknown location,” according to Al Jazeera.

“Dr. Jalal has fought and spoken out for justice and the national interest in all his activities pertaining to human rights,” Massouda stated.

Patricia Gossman, an associate Asia director for Human Rights Watch, condemned the arrest in a tweet: “Because in the Taliban’s world you have no right to complain or criticize. Repressive authoritarian regimes brook no dissent.”

“The arrest reinforces fears that the Taliban are imposing the same harsh and repressive rule as their last stint in power,” Al Jazeera reported.

On Tuesday, Jalal was reportedly released.

“We are pleased to learn that @JalalFaizullah has been released by the Taliban after being unjustly detained for four days. He should never have been arrested,” PEN International tweeted.

MORE: Afghanistan was lost in the halls of Harvard, professor says