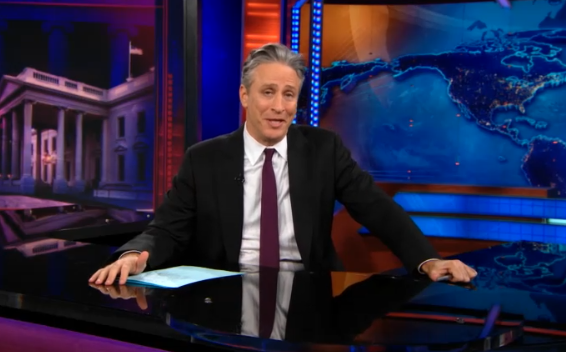 Ominous-sounding music played in the background.

Newspaper clips with headlines such as “Cost of College Has Risen 1,120 Percent Since 1978,” “Average Student Debt Reaches All-Time High” and “Over Half of Young College Graduates Either Jobless or Underemployed” flashed on screen.

And then the professional career adviser chimed in to seal the deal, saying: “For many more people than in decades past, college is the wrong choice.”

“Those who were average students in high school who went into college, they end up doing jobs they could have done straight out of high school,” career advisor Marty Nemko told The Daily Show in its recent report: “Stay Out of School.”

For those unfamiliar with The Daily Show, it’s widely popular, especially among younger viewers. And while its news reports are often peppered with humor or take satirical, deadpan approaches to the news, they don’t make up the facts.

On May 9, Daily Show reporter Aasif Mandvi tackled the higher education bubble in a clever and funny five-minute report that warned kids, in a sense, that heading to college straight out of high school like a bunch of sheep may not always be the best option.

The skit took a page out of the scared-straight book, with hardened-looking criminals (actors) yelling at a panel of high school students (not actors), saying things like “student loans are like herpes with compound interest” and “you make the wrong choice, you’re going to have to move back home with mama, boy!”

The report was all in good fun, but underscored an important issue facing kids today: Is college really necessary for everybody?