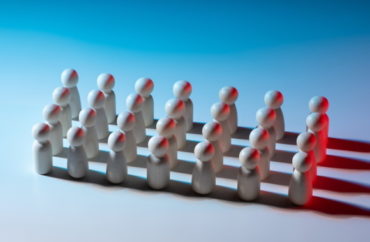 OPINION: When everyone must adhere to the tenets of DEI, you have an intellectual monoculture

Growing only one crop per field has certain advantages, to be sure. It’s much easier to plant seeds, and equally easy to harvest everything at the same time. But a single crop increases the risk of disease and pest outbreaks because “monocultures lack other plant and animal species that limit the spread of disease and control pests through predation.”

Even worse, a monoculture reduces biodiversity and exhausts the soil, leading to a field in which nothing can grow.

The threat of intellectual monoculture is one of the prime reasons why I and others signed “An open letter from professors across the California State University system to defend and reaffirm academic freedom on campus.”

To be sure, we are worried about the presence of cancel culture. At my university, for example, a professor was yanked from two of his classes without any process because someone complained about his over-using the n-word. Other faculty have faced similar situations at their campuses.

But for me, the danger of intellectual monoculture is as great, if not greater. I mean by this term an environment which is the opposite of what a university should be: a place where a thousand intellectual flowers bloom, faculty are strongly encouraged to research whatever strikes their fancy, and no one idea or concept dominates.

As we say in the letter, “A healthy university requires a diversity of opinions,” and “University administrators, faculty, students, and staff should actively cultivate a campus culture that values the free expression of multiple viewpoints.”

But that is not happening at SDSU. Instead, all hiring must first run the DEI (“Diversity, Equity, Inclusion”) gauntlet.

Departments no longer look at their offerings and hire to fill holes in their coverage or to move the department in new directions. Instead, every school and department must have a “diversity plan,” and all committee members must undergo implicit bias training.

Every position must also fulfill at least two of the “Building Inclusive Excellence” criteria, such as “committed to engaging in service with underrepresented populations within the discipline,” “Has research interests that contribute to diversity and equal opportunity in higher education,” and “Has experience or demonstrated commitment to teaching and mentoring underrepresented students.”

The pressure to focus on DEI in hiring results in an intellectual monoculture in which nearly every new hire adheres to the same principles, focuses on the same topic, and says the same thing.

The College of Arts and Letters at SDSU hired 12 new assistant professors starting in the 2022-23 academic year. Which sounds great! Except look at this summary of their research:

1. Exploring histories of migration, land, and labor in the province of Natal since the mid-nineteenth century, this monograph explains the social origins of the racial violence in the port city of Durban in 1949.

2. His work seeks to understand the relationship between the gender of institutional/political leadership and the gender gap in top positions.

4. [Her] research and teaching explore how race, gender, sexuality, and class have shaped ideas of national belonging and practices of state violence in the United States.

5. [Her] current research builds on her previous work aiming to better understand the broader social and ecological ramifications of current gendered and racialized labor processes within resource extraction and processing industries.

6. He has an Africentric, interdisciplinary research focus on the political, historical and interactional cultural experiences of African descended people of the U.S. and the Caribbean.

7. [He] is particularly interested in the types of grasses and sedges that early hominins potentially ate and how their consumption may have influenced the distinct morphological adaptations revealed by the hominin fossil record.

8. As a daughter of the Haitian diaspora, her current research examines the experiences of stigma, identity, and citizenship among second-generation Haitians in The Bahamas.

9. [Her] current project is concerned with understanding how foodways—the production, consumption, and distribution of foods and food goods over time—have shaped Latinx placemaking and survival in the San Gabriel Valley of Southern California.

10. Her dissertation . . . highlights the roots of official immigration policy, the sociopolitical negotiation of successive waves of immigrants, and the spatialization of race in a self-described “raceless society.”

11. From a historical and ethnographic position, her research focuses on comparative/relational race and ethnic studies, transnational migration, identity formation and the interconnectedness of time, place, age, gender and sexuality.

12. His scholarly interests lie at the intersections of race, ethnicity, gender, migration, and culture, especially in relation to Asian Americans and the Korean diaspora.

You might say that the pressure to conform to DEI strictures applies only to the humanities, but my colleagues in the College of Science tell me that they too must hire only faculty who focus on minority students, and to take time out of their classes to focus on diversity issues.

SDSU is swiftly becoming an echo chamber in which contrary views are as unwelcome as they are in the Fox-right wing ecosystem. Or if that comparison seems too partisan, consider Alexis de Toqueville, who worried about “the tyranny of the majority.” That is what SDSU is quickly becoming.

When everyone must adhere to the tenets of DEI, when everyone is working on the same topic, and coming up with the same results, you have an intellectual monoculture. Consequently, education itself is impoverished because there is no diversity of subject, no diversity of opinion. There will be no oppression of dissent, because nobody who would dissent gets hired in the first place.

Just as agricultural monoculture does not lead to sustainable farming, intellectual monoculture is not how you build and maintain a healthy university.

Peter C. Herman is professor of English literature at San Diego State University. He has published on Shakespeare, Milton and the literature of terrorism, and has published essays in Salon, Inside Higher Ed, as well as Times of San Diego. His most recent book is “Unspeakable: Literature and Terrorism from the Gunpowder Plot to 9/11” (Routledge, 2020).