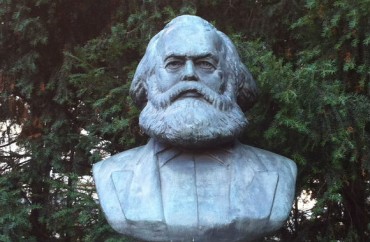 ‘Marx’s use of the n-word alone should make your jaw hit the floor, not to mention his vile anti-Semitic comments and undeniably sexist remarks about women’

In an exclusive interview with The College Fix, renowned scholar Paul Kengor discusses the fundamental moral depravity of Marxism and the dangerous ideology’s penetration into higher education in the context of his newest book “The Devil and Karl Marx: Communism’s Long March of Death, Deception, and Infiltration.”

The book comes out today, August 18.

Kengor is a professor of political science at Grove City College and chief academic fellow at the college’s Institute for Faith and Freedom. He has authored several New York Times best-sellers, and is an internationally respected authority on communism, Ronald Reagan and the Cold War.

The College Fix: What inspired you to write “The Devil and Karl Marx”?

Paul Kengor: The incendiary yet fitting title follows a theme in my books over the years—namely, spiritual biographies.

My first major book was “God and Ronald Reagan.” That was followed by “God and George W. Bush” and even, yes, “God and Hillary Clinton.”

I’ve long studied Karl Marx, his personal life, his horrifically stupid and destructive philosophy, and not merely his atheism but his chilling and literally diabolical writings and poetry on the devil. When I’ve shared that shocking information with students—my students at Grove City College, students at YAF conferences, ISI seminars, Leadership Institute gatherings, etc.—they’ve always been stunned. That is, mouth-and-eyes-wide-open stunned.

They immediately feel even further betrayed by their liberal professors who never broach this pernicious side of Marx. They always sensed that they were getting a soft or even sympathetic portrayal of Marx, but to not get even a smidgen of this very real and very disturbing aspect of the founding father of communism angers them. It’s not true education.

In saying this, I have in mind a crucial aspect of Marx’s life and writings that I cover at length in the book, and which students — and of course non-students as well — will be aghast to discover, namely, Marx’s horrible racist statements about blacks, his nasty anti-Semitism, and the tragic plight of so many of the women in his life, from his wife to his two daughters who committed suicide in suicide pacts with their husbands, to the family nursemaid who Marx impregnated behind his wife’s back. 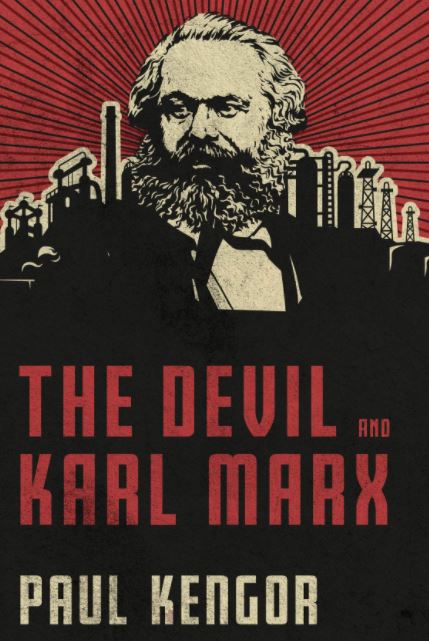 Some of these awful things in the life of Marx affected if not were related to his worldview and ideology. I walk through that carefully in the book. I strive to be fair. As a Christian scholar, I’d never want to misrepresent anyone. It’s crucial not to overstate things, but it’s also crucial not to understate.

In all, what I present is a very sordid reality about Karl Marx that is plainly not known.

CF: You say that this book badly needed to be written.

PK: I’ve always known that this book needed to be written, but now even more so, given that so many millennials are praising communism or even supporting organizations run by leaders sympathetic to Marxism. This was a painful book to write, but it had to be written.

Marx’s use of the n-word alone should make your jaw hit the floor, not to mention his vile anti-Semitic comments and undeniably sexist remarks about women.

Think about this: Why is Karl Marx accepted on so many campuses? Why is there no condemnation of Marx? Why are we passively watching leftist mobs tear down statues of Washington and Jefferson and Columbus and even Lincoln and Frederick Douglas while celebrating Karl Marx? Carnegie Mellon University in 2018 did a year-long celebration of Marx. Can you imagine? What a ludicrous spectacle!

If leftists in the cancel culture had any consistency, they would be cancelling Karl Marx and tearing down his statues. They’d be storming into professors’ offices demanding the removal of busts of Marx. Of course, that’s not happening. To the contrary, there’s suddenly a surge of interest in and even approval of Marx and Marxism, of communism, of socialism, and of this sophomoric twaddle known as “democratic socialism.” It’s an indoctrination that “cancels” certain individuals but allows bigoted leftists they like, such as Karl Marx, to get a pass.

CF: Polls have revealed that many young American voters favor socialism and a whopping 70 percent of millennials would consider pulling the lever for a socialist candidate. Do you address this in your book? What gave rise to such a far-left young America?

PK: Three words: education, education and education. They simply do not understand what socialism really is. I address that at great length in the book. 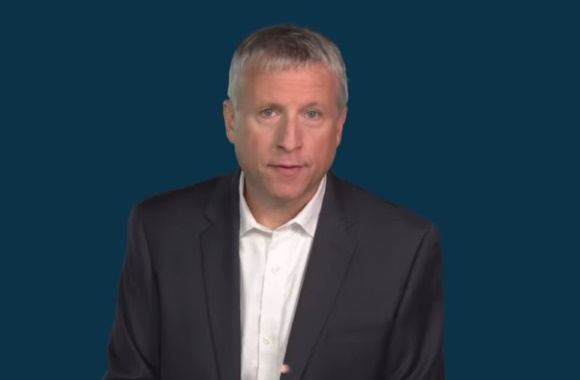 For the record, as just a sample and basic explanation, socialism, in Marxist theory, is a waystation along the path to full communism. History, according to Marxist-dialectic thought, will pass through a series of planes or stages, from feudalism to capitalism to socialism to communism. Each successive plane or stage would be a higher step in the evolutionary process toward a “workers’ paradise” or glorious “classless society.” In probably his most revealing work, The State and Revolution, Lenin, in his chapter titled, “The Transition from Capitalism to Communism,” began with a quote from Marx: “Between capitalist and communist society lies the period of the revolutionary transformation of the one into the other.” Socialism is a crucial in-between step. (Pictured, Kengor)

A colleague of mine, when asked to define the difference between socialism and communism, likes to say that whereas Christians go to heaven, socialists go to communism. I like the religious analogy there, given that the communist views full communism as a sort of earthly New Jerusalem. The atheistic communist, whether realizing it or not, subscribes or aspires to a messianic vision. Marx and Engels and Lenin and their pals may have been atheists, but they treated communism like a religion. As Mikhail Gorbachev put it, communists looked at the writings of Marx and Engels and others as a set of “canonical texts.” Marx and Engels actually initially referred to their working draft of the Communist Manifesto as a Communist Confession of Faith, or “catechism.” Ronald Reagan referred to “Communism, that religion of theirs.”

By the way, many young people like the words “democratic socialism.” I also spend much time in the book on the notion of “democratic” socialism and what Marx and Engels and Lenin and Mao and so many others really meant when they, too, hailed “democracy.” Beware, dear students, of the revolutionary singing the sweet song of “democracy.” They use the word “democracy” as synonymous with “equality,” and in the hands of a leftist, “equality” is always evolving into ever-expansive new categories.

CF: The heart of your book, “The Devil and Karl Marx,” is about the brutal communist attack on religion. What did Marx and Lenin and others say about religion?

PK: Marx called religion the “opium of the masses” and the “soul of soulless conditions.” “Religion is the sigh of the oppressed creature,” said Marx, “the heart of a heartless world.” As for his chief disciple, 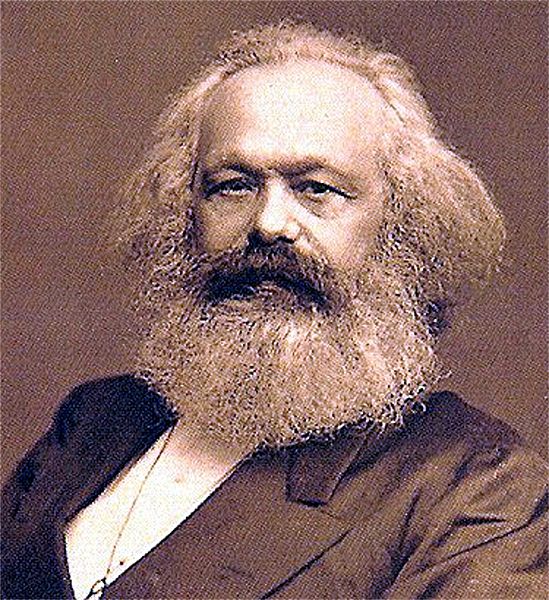 Vladimir Lenin, he was a nasty, angry, vitriolic man. He said “there is nothing more abominable than religion,” and that “all worship of a divinity is a necrophilia.” He denounced what he called “spiritual booze.” Nikolai Bukharin, the founding editor of Pravda and one of the core Bolshevik founders, demanded: “A fight to the death must be declared upon religion.” He said they must “take on religion at the tip of the bayonet.” Bukharin spoke for the Bolsheviks: “Religion and communism are incompatible, both theoretically and practically…. Communism is incompatible with religious faith.”

So, for the silly social-justice Christian leftist who praises communism, please understand that even the founders of communism said that communism and religion are incompatible.

I have countless quotes like that throughout the book, dealing with everyone from Mikhail Bakunin to Saul Alinsky both praising Lucifer as the glorious “first rebel.” I deal with some of the indescribable scenes at places like the communist prison of Pitesti in Romania, where communist torturers did everything from crucify Christians to make priests consecrate feces into communion wafers. They even did black masses. It’s chilling stuff.

CF: In a recent article for the American Spectator, you commented on how Teen Vogue endorsed Marx and his radicalism. How has Marxism so deeply penetrated popular culture to the point where trendy American magazines such as Teen Vogue can brazenly promote Marxist thought?

PK: And it hasn’t stopped. I was just alerted last week to another outrage from Teen Vogue. Look at this gem: “While we’re working to abolish the police, we must also work to dismantle what the police were put here to protect: property.”

That’s from a July 15, 2020 piece. Marx would love that. Marx and Engels wrote in the Communist Manifesto: “the entire communist theory may be summed up in the single sentence: abolition of private property.”

CF: Is there hope for the next generation? Or will it get worse before it gets better?

PK: Well, as a Christian, I’m supposed to have faith, hope, and charity, but it’s pretty hard to have hope. The radical secular left is on the march right now. It has been a long march through the institutions, especially higher ed, and it now seems to have a footing it has never had before, thanks to the left’s takeover of the universities. I am not optimistic that this can be turned around. For probably 25 years I’ve spoken on college campuses pleading with people that we were not teaching the crucial lessons of the Cold War and of the evils of communism. I begged people to wake up, especially parents sending their kids to these lousy and overpriced universities. Now I fear it’s too late. You reap what you sow.

Is there anything you can do? Yes, you can help me in trying to correct this history—in seeking a corrective in the hopes that all is not lost. And besides, I firmly believe that we’re called to fight these evils and try to make the world a better place. So, arm yourself with these facts and these truths and fight back and try to make a difference. It’s better than doing nothing. To borrow from Edmund Burke, all that it takes for evil to prevail is for good people to do nothing. I sincerely hope that this book will help good people to do something.