In 2019, The College Fix reviewed more than 700 bias complaints from nearly 20 universities across America. The reports were lodged by students and others on campus with bias response teams that have proliferated at colleges and universities across the nation in recent years.

Students, faculty and staff are encouraged to report alleged bias that they witness or experience to campus authorities, who then offer counseling, investigations, educational interventions — and sometimes even “restorative justice” measures — to resolve the matters.

The College Fix obtained the complaints, which date from fall 2018 through fall 2019, through public records act requests, and names had been redacted. But what the reports illustrated is that these bias response teams have become glorified tattle-tale systems in which campus administrators are alerted to the slightest offenses and hurt feelings.

Only about 15 percent of the 700 or so bias complaints The College Fix reviewed could be construed as legitimate concerns that should have actually been registered with campus police, such as stalking or threats of violence.

But the vast majority of the complaints amounted to students complaining about trivial matters.

Individual results from each university can be found here, but what follows is a list of some of the most absurd, puzzling complaints The College Fix has reported on over the last 12 months.

1. Professor reported for for allowing students to say only women have abortions (Iowa State)

In an Iowa State University classroom in September, students began discussing the touchy issues of abortion and birth control when a student spoke up and declared those topics to be “women’s issues.”

Yet one dissatisfied student took to the university’s Campus Climate reporting website to complain that the discussion was offensive to the trans community.

According to the student, declaring abortion and birth control women-centric issues “erases trans men and people who are non-binary who get abortions and/or use birth control.”

2. Student files complaint against university for Peanut Appreciation Day for not being inclusive (Northern Iowa)

In April, the Rialto Dining Hall on the University of Northern Iowa campus held a “Peanut Day” event to celebrate all the uses of the peanut. The day the event was held, a UNI student contacted the school’s Climate Response Team to file a complaint, saying peanut allergies are a “huge concern” for some students at the school. 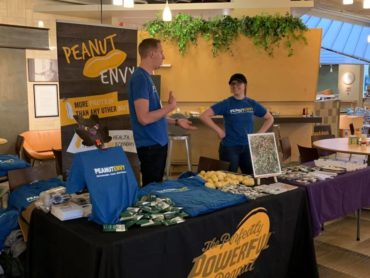 “Peanut allergies can be life threatening to some,” wrote the student, adding, “and even when the day is over their [sic] is still risk the air and other surfaces will still be contaminated.”

“I saw this being advertised through the UNI dining page on twitter, and thought it was a joke at first,” wrote the student, noting that the dining hall had warned students with peanut allergies they should probably eat elsewhere that day.

“This is purely targetting [sic] students with that allergy,” wrote the student. “While not all allergies can be 100 percent avoided when eating in the dining center, this event was completely unnecessary” he or she added, noting that the dining hall’s air conditioning system was connected with other campus buildings and thus the contamination could be widespread.

“While do not have peanut allergies myself I would be extremely concerned for any student who may not have seen the notifications and went to Rialto to eat on Thursday,” wrote the student. “I seriously question UNI dining in regards to inclusion and students’ well being.”

In April, a male student in an acting class was reported for performing too intensely during a final exam.

“I don’t know where [the male student’s] head space was or what he was trying to channel for the scene but I was incredibly uncomfortable and felt very threatened through out the entire scene, which is not what we had rehearsed,” the student told a faculty member, who then filed the report on her behalf.

“His physicality was more aggressive and there was a weird look in his eyes that I can’t really explain, but I felt threatened by it.”

The faculty member responded, telling her “I noticed a difference but I thought it was a mutual agreement between the actors to take the scene in that direction,” adding, “there was more tension, which made sense.”

“Being uncomfortable at times is part of the normal acting process, but feeling threatened is inexcusable,” said the faculty member, saying they were “required to report it.”

4. Transgender joke in ‘Shrek: The Musical’ leads to bias complaint (University of Kentucky)

In early March, performers at the University of Kentucky’s Briggs Theater were in rehearsals for “Shrek: The Musical,” billed by the university as “a joy for the young and the young at heart.”

On this day, some of the performers were discussing a line that other theaters had pulled from the Tony Award-winning play. In the original song “Story of My Life,” the Big Bad Wolf sings, “they tore my cotton granny dress / and called me a hot ’n’ tranny mess.”

While the line referencing “trannies” had been removed from the Kentucky performance, some of the songbooks had not yet been updated, forcing the performers to see the word in print. Further, one of the show’s producers allegedly remarked to a performer that it was a shame other theaters had seen fit to remove the line because it was “so funny in the musical.”

The producer said he understood why the line had to be cut, due to “changing times,” but then allegedly said, “If you are upset by the line ‘tranny mess,’ I’m sorry.” The producer was then reported to the University of Kentucky’s Bias Incident Response Team by an offended student performer.

“It felt very out of place, inappropriate, and unnecessary to state any of this, let alone actually verbally saying this slur,” the performer wrote. “It made me very uncomfortable.”

In April, a student was accused by a staff member of attempting to bribe an instructor with the promise of chicken fingers.

In the complaint, the staff member said the student first tried to bribe the instructor with $50 and “verbally suggested maybe they can help him with his grade.” When this offer was rebuffed, the student offered to accompany the instructor to the campus Raising Cane’s Chicken Fingers restaurant, suggesting she bring her “boo” along.

Finally, the student offered to deliver some Raising Cane’s Chicken Fingers to the instructor “in return for extra credit.”

The professor then reported the student to the campus bias response team.

6. Professor reported for telling class she identifies as a “cat lady” (University of Kentucky)

In March, a student reported a professor for a questionnaire she assigned, hoping to get to know students better.

The professor “presented a slide where she self-identifies herself as a ‘cat lady,’ but she really likes all animals,” a student complained.

“She asked us to do the same exercise in which we name our identities and the identities people project on to us,” the student wrote, adding, “I feel uncomfortable and singled out with this exercise as she is trying to equate the oppression that Black people experience to the oppression of someone who identifies as a ‘cat lady.’”

The student also complained the professor “fetishized Hispanic culture” by saying she “likes their culture and thinks it’s cool.”

In September, a professor was explaining how a vaccine for anthrax was created during the Iraq War and noted the inventor of the vaccine happened to be an ex-Iraqi living in the United States.

“This places an aura of suspicion on someone because of their background,” a student in the class reported.

“Multiple people in class laughed at this comment, showing that they may have thought it was funny that a possible ‘enemy of the state’ was the sole creator of the vaccine, but that it racial profiling,” the student wrote.

“This is reminiscent of suspecting Asian Americans just for their ethnicity during WWII,” the student wrote.

8. Female student upset at being made to read economics book by men (Utah) 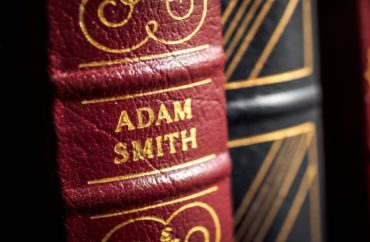 “I believe it to no longer be necessary when teaching the foundations of our country’s economic system and those who helped build [its] ideals to be presented in conjunction with their sexist beliefs that have already planted their roots within our global and local communities,” the student stated in her complaint.

9. Student in library refuses to force a power plug into his dying computer (Utah)

In a University of Utah library, a group of four male students were sitting at a table studying. A female student just finishing up a group project noticed the table of male students being “loud and distracting.” At one point, a young man wearing a black shirt and khaki shorts complained that his laptop computer battery was dying. One of the other men at the table offered his charger to the student but said the charger is incompatible with his laptop. The student offering the charger replied it would definitely work if you “just force it.” The student put his hands around his mouth and loudly whispered, “That’s rape. I’m not raping my computer.”

The student was then reported by a bystander who overheard the exchange.

At the University of Minnesota, a student stopped by one of the restaurants in the Coffman Memorial Union to pick up a snack.

At the register, a food service worker said something the student didn’t understand. When the student said they didn’t get it, the woman at the register said she was saying “hello” in Japanese, and asked where the student was from.

The cashier laughed and told the student to have a nice day, but the student did not find much humor in the experience. The student reported the cashier to the campus Bias Response and Referral Network, claiming “these type of microaggressions occur too often on campus” and “this implicit bias needs to be addressed.”

The bias team then referred the incident to dining services and referred the complaining student to the campus “Ethical Advocate Program” in case they “want to talk further about the experience.”