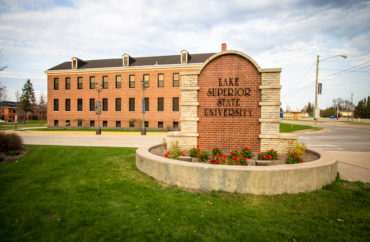 Lucas Gerhard did not expect his life to be turned upside-down when he posted a crude joke on a private Snapchat forum, but that’s what happened. The young man had uploaded a photo of his rifle, including a reference to the gun “melting snowflakes” at Lake Superior State University, where he attended school. It was, at worst, a crass and unwarranted remark, but surely nothing worse than that: Gerhard has apparently never shown any indication that he is anything other than a temperamentally average college student, the kind of fellow precisely unlikely to shoot up a campus.

Still: One of his fellow students felt “threatened” by the photograph, she showed it to campus authorities, and they were apparently so scandalized by it that they reported it to the local police, who arrested the young man and threw him into jail, where he languished for over two and a half months, reportedly without regular access to his critical diabetes medicine.

Law enforcement officials surely bear a significant portion of the blame: They’re the knows who should have known that they had no reason to arrest a student over a harmless photograph. But let’s not let the school off the hook here. Administrators should have been able to take one look at the photograph and grasp, easily, that Gerhard was no threat. If they were truly concerned, they could have sent administrators over to talk to him about it. That they instead meekly handed the matter over to off-campus authorities represents a stunning dereliction of duty: Too lazy or too ignorant to deal with the issue themselves, they instead sloughed off that responsibility onto someone else, in the process turning a man’s life utterly upside down in frightening and painful ways.

Gerard now faces felony terrorism charges, and if convicted might spend decades in prison. With any luck Gerhard will have this specious charge dismissed and can begin to move on with his life. It would be wise for him to consider never returning to Lake Superior State University, which plainly never cared about him all that much to begin with.