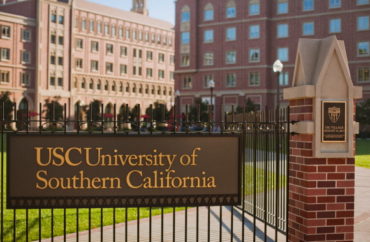 Three Jewish student government leaders at the University of Southern California have been forced out of office in the span of two months by black and Palestinian student activists.

The activists’ complaints were largely that the leaders had either made insensitive comments about race in the past or had staunchly defended Israel.

Student Government Vice President Rose Ritch resigned August 5 after she said she was harassed by an impeachment campaign led by the Black Student Assembly and a black Muslim student named Abeer Tijani.

Isabel Washington, a student senator who is also African-American, Israeli and queer, resigned on July 1 after text messages from 2018 surfaced that were deemed offensive. One stated “IF YOUR [EXPLETIVE] I[S] FROM PALESTINE I PULL UP IN A TANK,” according to a media site run by USC.

The news report also stated she had been used of being anti-Palestinian and fatphobic.

A third Jewish student government representative, Nathan Manor, was not allowed back into the student government’s executive branch over his support for Zionism and making videos that mocked Islam, according to the Jewish News Syndicate. He was reportedly set to take Washington’s spot as a student senator as the highest vote-getter to not win a seat during the February elections.

The July 1 statement from the student government stated: “Manor’s harmful rhetoric has no place at USG. We would like to make it clear that he will most certainly ​not​ join the Senate.”

Manor had previously been an assistant director in the student government, according to the Daily Trojan, but he was removed from that position due to the backlash against him. Manor did not immediately respond to a request for comment by The College Fix via Facebook.

However, a student government representative told the Daily Trojan in an August 19 article that Manor declined to take the seat.

Ritch and the USC student government president, Truman Fritz, were accused of not being vocal enough in their support for anti-racism measures by the black student activists. Tijani also told the Daily Trojan that Fritz “verbally ostracized my community in multiple instances.”

Fritz himself resigned in early July after the Black Student Assembly and others accused him of racial microaggressions and circulated a petition calling for his resignation. He did not respond to several requests for comment via Facebook from The College Fix.

Harassed for being a Zionist 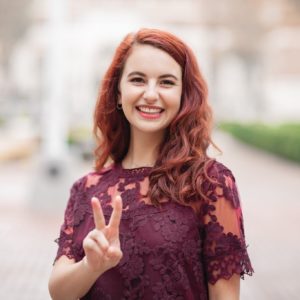 Ritch, who identifies as queer and Jewish, has denounced what happened to her.

“I have been harassed and pressured for weeks by my fellow students because they opposed one of my identities. It is not because I am a woman, nor because I identify as queer, femme, or cisgender,” Ritch wrote on her personal Facebook page and reiterated in a column for Newsweek.

“But because I also openly identify as a Zionist, a supporter of Israel’s right to exist as a Jewish state, I have been accused by a group of students of being unsuitable as a student leader,” Ritch wrote.

“I have been told that my support for Israel has made me complicit in racism, and that, by association, I am racist.”

Ritch wrote that students led a social media campaign and one threatened to “impeach [my] Zionist a**.” She added that she is not the only one facing problems due to her support for Israel.

“The sad reality is that my story is not uncommon on college campuses. Across the country, Zionist students are being asked to disavow their identities or beliefs to enter many spaces on their campuses.”

Messages used to take down two other Jewish student leaders

Text messages also led to the resignation of Isabel Washington.

Washington believes it was because of her support for Israel, she said in an interview this week with The College Fix.

“I got caught up in the midst of cancel culture and this is what had to come of it. Disagreements aside, the precedent that we are beginning to set across universities that being a Zionist (which is predominately Jewish students) makes you unfit for an elected position should be alarming,” Washington said via email. 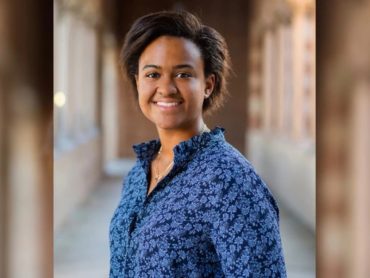 Both Washington and Manor were targeted by a petition that called for them to be expelled from student government and the university.

“After this already appalling statement, he then goes on to argue against the very existence of Palestinian people, a level of ignorance and erasure echoed by many white-supremacists and Zionists,” the petition said.

Manor’s name appears to be removed from the petition, but Washington identified Manor as a Jewish student government leader who would be next in line to take over the student government after Truman Fritz and Rose Ritch resigned. The description of Manor’s offenses corroborate with a description in the Daily Trojan.

MORE: UCLA student told she could not serve – because she is Jewish

USC president in the crosshairs

The Black Student Assembly at University of Southern California recently condemned the university president for her statements in support of Israel. It also took issue with the president’s support Ritch.

The Black Student Assembly is a caucus within the student government at USC.

In response to Ritch’s resignation, Carol Folt, the university president, condemned the anti-semitism directed at Ritch and announced a new partnership with the Shoah Foundation and a handful of university departments to combat hate on campus.

“As president of USC, I believe it is critically important to state explicitly and unequivocally that anti-Semitism in all of its forms is a profound betrayal of our principles and has no place at the university,” Folt said in her August 6 statement. “We must condemn any bias or prejudice that is based on a person’s race, religion, sexual orientation, or other personal characteristic.”

But the Black Student Assembly accused Folt of ignoring its voices and misrepresenting its complaints.

The Black Student Assembly wrote in its August 13 letter “the reasons for their impeachment were not related to their identities or beliefs, but to racist microaggressions and the violence and complicity in their silence.”

“Not speaking up about the anti-Black racism of Truman’s words, not ensuring their cabinet was, at the very least, representative of the USC community as a whole, and tokenizing Black students during their campaign was the reason for the call for their impeachment,” the assembly wrote.

“The manipulation of that context, the victimization of Truman, and the martyring of Rose that followed took away from our movement and centered whiteness amidst it all. This is anti-Black,” the group said.

“This vivid manifestation of white privilege and blatant disregard for Black students and Black voices became very apparent in the treatment of Abeer Tijani,” it added.

The activists said “the one-sidedness of this statement has put a member of our community in danger and dissuaded students from being vocal about the injustices we see.”

The black student activists said that Zionism “is predicated on the exclusion of Black Jewish people” and wrote “the exclusion of certain demographics from the Stronger Than Hate campaign, and the inclusion of historically anti-Black organizations such as the Anti-Defamation League (ADL), does not achieve this goal and further alienates students at USC.”

Tijani told the Jewish Journal that she regretted the way she worded some of her statements and “should never have conflated the issues in such a way” to imply that supporting Israel made her a supportive of Israel.

“I want to offer my deepest apologies to Rose, and the greater Jewish community, for all the damage to her reputation, mental health, and well-being that resulted from my irresponsible wording,” Tijani said.

A university spokesperson directed The College Fix to Folt’s statement and included a memo from a university official that explained why the school had suspended impeachment proceedings against Ritch in July before she resigned.