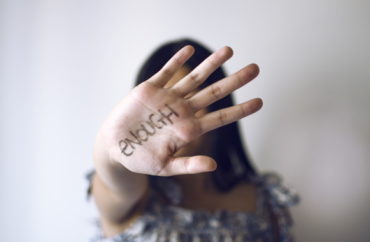 OPINION: ‘It is time for universities to lead with greater authority and integrity’

This January in a journalism class at the University of Southern California, my stomach was in knots as I listened to my professor say that President Donald Trump is just like Adolf Hitler.

I’m not a huge Trump supporter, but the comparison made me sick to my stomach as a Jew.
Making matters worse, I looked around and saw my classmates nod their heads in agreement with our professor.

No matter what one may think of Trump’s actions or administration, he nor any other American president should be compared to Hitler — who was responsible for the murder of more than 6 million Jewish people.

Yet time and again examples of anti-Semitism are found across higher education. Consider the following examples from May 2020 alone.

George Washington University in the heart of Washington D.C. appointed Ilana Feldman, an active Boycott, Divestment and Sanctions-promoting professor, as interim dean of its Elliott School of International Affairs.

Also in May, the American Association of University Professors awarded San Francisco State University Professor Rabab Abdulhadi an “exceptional leadership” recognition despite the fact that she once reportedly compared Jews to white supremacists who want to “ethnically cleanse the Middle East.”

And in April 2020, a philosophy professor at DePaul University filed a lawsuit against his employers for alleged retaliation against him for his pro-Israel views, including his “moral case” for Israel to annex the entirety of the highly disputed West Bank and Gaza Strip.

And near my campus of USC another anti-Semitism controversy brews.

Leaders of Pomona and Pitzer colleges face the threat of a lawsuit due to their alleged pervasive discrimination against Jewish students, including the active promotion of the Boycott, Divestment and Sanctions campaign. They also allegedly allowed violent threats against a Jewish leader on campus, eviction notices targeted at Jewish students, chants against the Jewish community on campus, and the theft of a prayer box from a Jewish student’s dorm room.

But these recent examples underscore a long history of such anecdotes.

Recall in 2018 a University of Michigan professor rescinded his willingness to write a student a letter of recommendation because she wanted to spend a semester studying in Israel. The professor justified it by citing his pledge to boycott Israeli institutions as a way of showing support to Palestinians. “This boycott includes writing letters of recommendation for students planning to study there,” the professor had explained.

And in a particularly odious example from UCLA in 2015, a female student was told she could not serve on the student government — because she is Jewish.

These are just a few of the stories. There are many more. In fact, so many that President Trump in December 2019 signed an executive order that aimed to combat anti-Semitism on college campuses by making clear that the Civil Rights Act prohibits discrimination against Jews.

The BDS movement cloaks itself in the passionate language of social justice and under the guise of “human rights.” Yet, it veers off into hateful tropes and depicts Israel as a colonial presence in the Middle East with no claim to the land.

BDS followers aim to disintegrate the very existence of the Jewish state by isolating and reversing any goodwill toward Israel through economic, cultural, academic and political means.

The culprits of such vitriol have clear agendas – to isolate, demonize and viciously attack the Jewish state and its supporters. The simple truth is this movement is a cult. They target any supporter of Israel, democracy, and the free exchange of ideas, and try to silence any dissent from BDS dogma.

Certainly no country, Israel included, is above criticism or even condemnation. In fact, it is vital to have conversations about how Israel can and should do better. College campuses are home to a broad range of opinions and perspectives and are preeminently the appropriate place to raise issues and debate opinions on foreign policy and peacekeeping issues.

But the usage of psychological warfare and demonization tactics that occur by BDS supporters on campuses are despicable acts of anti-Semitism.

It is time for universities to lead with greater authority and integrity. A college campus that sits back and allows for such ruthless hatred is merely curtailing democracy and academic freedom.

Universities must denounce the BDS movement and block bylaws that subjugate supporters of Israel. Now is the time for higher learning to stand for higher understanding. Israel is a beacon of democracy, holding qualities treasured by the United States, standing for freedom of speech, independent media, human rights, and gender equality. The country is flourishing in the regions of technology, agriculture, and medicine. Why would university officials encourage the destruction of these advances? Higher education is supposed to be about opening doors — why shut them?

If we continue to go down this road of permitting acts of Boycott, Divestment, and Sanctions on college campuses, they will mold into places of stale ideological conformity and indoctrination, rather than serve their purpose: to be places of discovery and intellectual advancement.

Students, faculty, and alumni should withdraw communal and financial support from institutions that host this movement. Let’s use our united strength to remind universities of their values and take a stand for the greater good of higher education. 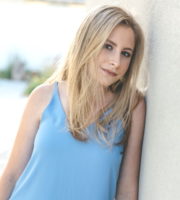