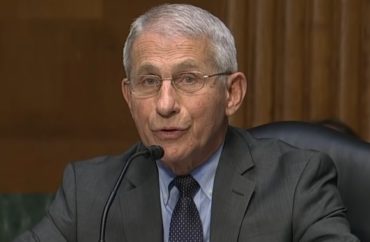 A virology professor at Rockefeller University and a dermatologist who teaches at Cornell University’s medical school warned Anthony Fauci on February 21, 2020 that coronavirus could have leaked from the Wuhan Institute of Virology.

“[W]e have been following the corona virus pandemic closely, and a few days ago became alarmed at the news that the chinese [sic] government is sterilizing their paper money from [Hubei],” Michael Jacobs, the Cornell-affiliated doctor said. He copied Alexander Tarakhovsky, a virologist and professor at Rockefeller University, onto the email.

Here’s a Feb 21, 2020 email to Fauci from a Weill Cornell Medical College associate professor of dermatology who wrote: “we think that there is a possibility that the virus was released from a lab in wuhan, the biotech area of china”

“[W]e think there is a possibility that the virus was released from a lab in wuhan [sic],” Jacobs said. The pair asked to discuss this further with Fauci and said “immediate action” must be taken to “neutralize this threat.”

He did not respond but instead forwarded to Cristina Cassetti and said “please handle.” Cassetti is a “program officer” for the National Institutes of Health according to her LinkedIn. She frequently corresponds with Fauci on media interviews and other events.

The warning came through just two weeks before Columbia University researcher Peter Daszak organized a letter in The Lancet that shot down the theory, without disclosing that he had a professional relationship with the Wuhan Institute of Virology.

Daszak’s EcoHealth Alliance received federal funding for research, some of which then went to the Chinese research lab.

Another email, spotted by Sarah Westwood of Washington Examiner, shows Daszak thanking Fauci on April 18, 2020 for downplaying the lab-leak hypothesis.

Peter Daszak, who was deeply involved both in Wuhan coronavirus research & in misleading the public about the likelihood of a lab leak, thanked Fauci for helping “dispel the myths” around COVID origins and blamed Fox News for targeting his grant. From the @JasonLeopold FOIA batch pic.twitter.com/LgloFVaFZX

“Many thanks for your kind note,” Fauci told Daszak.

The letter received praise — from a Chinese Communist Party media outlet that cited it in an article downplaying the country’s role in the spread of COVID.