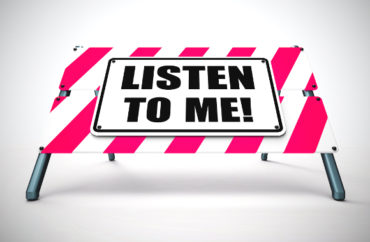 Hundreds of University of Delaware students, taking advantage of the current emphasis on “Black Lives Matter,” have signed on to an open letter to the school’s president demanding he and his administration “take action in fostering a safe space for minority students.”

This includes the creation of a “board” — comprised partly of student leaders — to help develop curriculum.

The signatories don’t specify the who, what, where, and when of these events; the UD student paper The Review doesn’t have any recent news articles about them. A search of the site under “racial slur” provides only one page of results, the most recent of which is from February 2019.

The letter concedes the (alleged) recent incidents are “few in number,” but nevetheless “xenophobia and racism have always been rampant on campus.”

The “proof”? The small number of African American students at UD, about 6 percent of the campus population. That’s half the general US population figure, and less than a third of the state’s.

In order to thwart this “rampant” xenophobia and racism, the students say UD needs to

— begin mandatory sensitivity and diversity training for all students and faculty,
— require students to take a cultural diversity, women and gender/sexuality, or African studies class,
— create a board “consisting of alumni, student leaders, administrators, and experts in the designated fields” to help design curriculum.

Students also suggest professors and lecturers use class time “discussing the importance of diversity and sensitivity in first-year seminars” such as E110 (freshman English) and Colloquium courses: “Every student should be able to synthesize today’s events with the history of oppression from an intersectional lens.”

Delaware Online notes UD piloted an online diversity, equity and inclusion training with 3,000 students this past year, and will require it of all students in the coming year.

The article also highlights two UD “noose” incidents, one from 2007 and another from 2015. The latter, which The College Fix covered, turned out to be leftover decorations — paper lanterns, specifically. The D.O. points this out, but adds the incident “still sent waves through the community at a time when colleges nationally were confronting racism.”

Indeed, despite the facts about that case, UD students still held a post-paper lanterns gathering to “discuss the incident and find ways to change the campus climate.” Some students even invoked conspiracy theories: One said even if the “nooses” were decorations, they were “tampered with to look like nooses,” while another said she “had a hard time accepting as credible” anything from UD’s Department of Public Safety.

Delaware Online also talked to black UD alumni whose “overall experience [was] fine for the most part” but nonetheless experienced “microaggressions and feelings of exclusion.” These ranged from being the only black person in a class to being denied entrance to a fraternity parties.

Along these lines, the student letter lists more examples: an international student being asked repeatedly to pronounce his name (and then asked if he could just use “an American one”); no black students in attendance in a “black power to black lives matter class” which led to “ignorant, hurtful statements going largely unchallenged by [the white] professor”; and, a black student who claimed her roommate’s parents were so racist that she had to hide in the bathroom and barricade the door.

Students also noted incidents which likely involved “townies,” the UD colloquialism for local residents. These include “Asian noises” being made at them, a white man pulling up in his car to yell “the n word with the hard r,” and a gay student being called “fa**ot,” also by someone driving by in a car.

As a UD student in the 1980s I can attest that epithets yelled by “townies” were quite common (and not just toward minorities), especially on Friday and Saturday nights when the campus’s Main Street is bustling with people. But … what can the university do about that? Have UD Police cite residents for “hate speech”? (At the rate things are going, this ridiculous hypothetical could become reality.)

Lastly in all this, barely touched on is a very logical reason for UD’s low number of black students: Less than an hour away to the south is Delaware State University, one of the largest Historically Black Colleges in the country.

MORE: NAACP upset with University of Delaware for ‘lack of diversity’