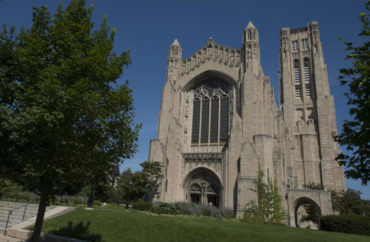 Tells his critics to ‘grow up.’

An exam question posed by a University of Chicago economics professor last week has provoked a firestorm on social media, with hundreds of Twitter users taking to the site to condemn the question’s cheeky tone.

The question, which appeared on exam given by Senior Instructional Professor in Economics Allen Sanderson, took a dig at Vermont Sen. Bernie Sanders, a self-described socialist.

“An economist at the University of Massachusetts-Amherst, Bernie’s favorite institution of ‘higher education’, wrote an op-ed column on December 30 arguing that to tackle our current 40-year-high bout with rising price levels (an Econ 102 topic for sure) ‘we have a powerful weapon to fight inflation: price controls,’” Sanderson’s question read. “How would a real economist respond?”

“When possible, I like to use real-world, real-life questions, drawing from newspapers, books, and speeches instead of made-up, contrived examples,” Sanderson told The Maroon, a campus newspaper. “The principles involved come directly from a chapter in the text I use and assigned to the students in the course.”

The question appeared on an exam for Sanderson’s Economics 100 midterm.

On February 9, a fourth-year student shared a screenshot of the question, unleashing a torrent of condemnation from academics upset Sanderson would criticize Bernie Sanders.

An UChicago midterm asking how a "real economist" would respond to the Guardian article about price controls pic.twitter.com/38MU1oWFJQ

“The fact of the matter: UMass Amherst has long been an extraordinary Economics department, something any ‘real economist’ would know perfectly well,” tweeted Steven Durlauf, Professor in Educational Policy Public Policy at the University of Chicago. “Juvenile and embarrassing.”

Economics Professor Ben Moll, who says he earned his Ph.D. from Chicago, called the framing of the question “cheap & embarrassing.”

“Unsure who this person teaching Econ102 is. But I’d be surprised if any of my UofC friends & colleagues would write a question like this,” Moll said.

Sanderson told The Maroon he had no idea his question was causing controversy online.

Sanderson told his critics to “grow up.” He told the paper throughout his nearly 40 years of teaching at U. of Chicago, he has received criticism “only from those who didn’t do well in the course. And given I’ve taught over 15,000 UChicago students, the most of anyone in our history, I assume that population could be sizable,” he said.