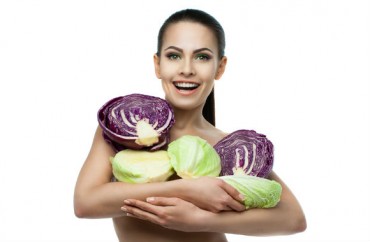 University of Chicago student government representatives are more worried about a food fight with their constituents than the societal problem of mass incarceration.

The General Assembly voted down a resolution to ask the university to bring dining in-house so that it avoids any complicity in the “prison-industrial complex,” and to source more food from local vendors.

It’s another setback for student group The Fight for Just Food (FJF), which staged a fruitless 24-hour hunger strike to convince the university to not hire Bon Appetit after UChicago ended its contract with Aramark.

Unlike Aramark, Bon Appetit does not serve any prisons, though its parent Compass Group owns companies that do, according to The Chicago Maroon.

Student activists have been protesting since November, when they created a MoveOn.org petition asking university officials to dump Aramark: “As long as UChicago Dining contracts with any company that serves food in prisons, we are funding the prison industrial complex.” As of Monday night it had 129 signatures.

FJF upped the ante in January with two banners accusing the university of perpetuating mass incarceration, one of which targeted Executive Director of Dining Richard Mason.

The Maroon reported that Mason has said the university is barred from considering “political questions when making institutional decisions” – such as a contractor’s prison ties – because of its Kalven Report, a nearly 50-year-old document that pledges the university to “free inquiry” and “a diversity of viewpoints.”

The university chose Bon Appetit last month after a competitive bidding process, but did not cite Aramark’s prison service as a reason for dumping that company just halfway through its 10-year contract, the Maroon reported.

The Student Government General Assembly narrowly rejected a resolution on May 8 calling for a move to in-house dining and the sourcing of 40 percent of campuswide food from locally owned businesses on Chicago’s South Side, where the university is located, “within 3 years,” the Maroon said. Mason has said it would take three to five years to bring dining in-house.

FJF’s hunger strike on May 6 featured chants such as “Prisons profit off our tuition—how about prison abolition? This food funds prison labor—this is not a taste we savor. It’s a moral obligation to choose self-operation.”

Its own advocacy may end up supporting prisons, however: FJF has also supported the Teamsters, which not only represented Aramark workers at the university but also represent prison workers.

RELATED: How to restore free speech on campus

FJF is part of the university’s Coalition for Ethical and Sustainable Dining, another student organization that includes climate change, animal welfare, and sustainability groups, mirroring the goals of the Real Food Challenge.

Emails from The College Fix to several FJF members as well as a message its Facebook group were not returned. The university responded to an initial email inquiry last week but did not reply with answers by Monday night.