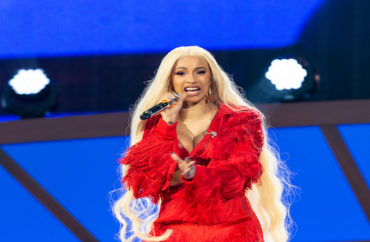 A summer course at the University of California, Los Angeles, is using the rapper Cardi B to explore the subject of “respectability politics” and its “historical relationship with black women.”

The class, taught by guest lecturer Christian Green, “analyzes U.S. history, ranging from the post-Reconstruction era to the country’s current political administration, and the struggle for black women to gain respect in American society,” according to The Daily Bruin.

The professor is a “self-professed Cardi B fan” who admires the rapper’s “rise to worldwide success without sacrificing her authenticity, such as the way she speaks,” as well as her involvement in the socialist Bernie Sanders’ political campaign.

Although the course will only be six weeks, Green said he will cover topics emphasizing how the black woman’s plight toward garnering respect is shaped by the time’s political and social climates. In an effort to engage students in analyzing modern society as well as historical ones, Green said he has included an eclectic mix of music videos, films and academic readings as supplemental material. Both City Girls’ “Twerk” music video and Netflix’s “She’s Gotta Have It” made the syllabus as pop culture-derived sources that showcase women owning their bodies and lives in a way that isn’t always generally respected.

“What I’m trying to do is be creative in my curriculum and changing the mindset about academia by incorporating this idea of popular culture (and) using very real instances that are happening in today’s time,” Green said.

The course will also feature the song “Twerk” by City Girls, as well as the movie “She’s Gotta Have It” from Netflix.