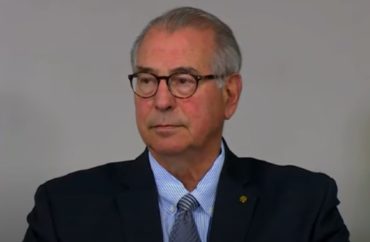 Targets his father for actions he took in the 1950s

Students at the University of Minnesota’s Humphrey School of Public Affairs are advocating for the removal of Hennepin County Attorney Mike Freeman from the Dean’s Advisory Council due to his handling of the George Floyd case.

A petition criticizes Freeman for statements he made after the death of Floyd and for his decision to not charge all the officers at the scene of Floyd’s death.

Students first released the petition this summer, but only recently launched a website to reiterate their demands, according to student paper The Minnesota Daily.

Some students, staff and alumni at the university’s public affairs school want the college to reevaluate its relationship with not only Freeman, but his family as well.

Freeman said that Floyd had an “underlying health condition” and intoxicants could have played a role in his death at the hands of Minneapolis police officers, according to the petition. The students said an “independent autopsy found no evidence to support this.”

However the autopsy from the medical examiner’s office did find fentanyl and methamphetamine in Floyd’s system and noted that Floyd had hypertension. The petitioners did not respond to multiple emailed requests for comment from The College Fix in the past week.

The university is aware of the petition advocating for the removal of Freeman and will determine if he is allowed to maintain his position or if he will be let go at the conclusion of his term, which will occur at the end of the academic year.

The university told The Fix that it picks new advisory council members every academic year.

MORE: KSU refuses to expel student for tweet about George Floyd’s drug use

“This year’s nominating committee will begin meeting in early August to review and make recommendations to refresh the council following the departure of several current members, including Hennepin County Attorney Mike Freeman, who will reach the end of his term and will be cycling off the council at the end of this academic year,” Laura Bloomberg, the dean of the Humphrey school, said in a July letter to community members that was provided to The Fix.

In addressing the petition, the Humphrey School plans implement anti-racism and diversity at the school in terms of both practices and in the hiring of faculty.

“We are moving forward on a number of race-equity and DEI initiatives at the School, including addressing key elements of the student request letter related to the Freeman family as per Dean Bloomberg’s response to that petition,” Keith Hovis, the Humphrey school’s communication director,  told The Fix in an email.

“This includes expanding anti-racism and equity in all aspects of the curriculum, reviewing faculty hiring practices and endowed chair priorities, and reviewing historical implications of Freeman Commons,” Hovis said.

The students are also at odds with Freeman because he only charged former Minnesota Police Officer Derek Chauvin with third-degree murder while not charging the other officers that were present when Chauvin had his knee on Floyd’s neck.

Chauvin’s charge was upgraded to second degree murder and the other officers were charged after Freeman was replaced by State Attorney General Keith Ellison, the petition states.  The students believe that Freeman “prioritized the perpetrators at the expense of justice for the victim.”

The students said he only prosecuted one police shooting occurrence, the 2017 killing of Australian national Justine Damond by a Somali-American Minneapolis police officer.

The students also accused Orville Freeman, a Democratic Minnesota governor and the father of the prosecutor, of bringing about the “decimation of black communities” in the 1950s while in office.

Research from the University of Minnesota found that the governor’s decision to build a highway through African-American neighborhoods led to the loss of many black-owned businesses.

“Of the homes demolished, 72% had been homes to African Americans,” researchers found.

Freeman declined to comment on the petition through the Hennepin County Attorney’s office, Chuck Laszweski, the office’s communications director, told The Fix via email.

In addition to calling for the removal of Freeman, the demands of the petition include renaming the Orville and Jane Freeman Commons, releasing financial records between the Freeman family and the Humphrey School of Public Affairs and establishing a permanent fund to be used for anti-racism training and the hiring of a diverse faculty.