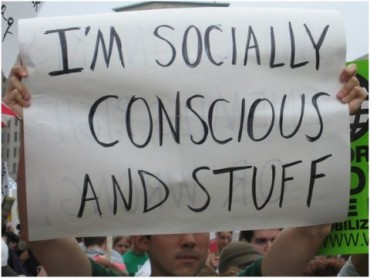 The Atlantic this month published a survey to measure the level of political prejudice in America. Evidently it surprised them to learn that those most prejudiced against members of the opposite party tend to be “whiter, more highly educated, older, more urban, and more partisan themselves.”

“We don’t know what is causing what, unfortunately,” reads The Atlantic’s report, “as is often the case in sociological research.”

But let’s take a crack at a guess.

Nowhere reflects this lack of diversity than college campuses around America, which are monolithically liberal and notoriously intolerant of conservatism. The intolerance manifests itself both among students, who view conservative ideas as a sort of “violence” from which they need “safety,” and administrators, who often give in to such nonsense.

It’s not too difficult to offer a clue as to why more educated people tend to see their opponents as political caricatures from which the world needs saving. The more of an education one has, the more they are exposed to intolerance from the political left on campus, characterizing conservatives as out-of-touch monsters.

The Atlantic study breaks down political prejudice on a county-by-county basis, allowing us to see that the most politically intolerant spots in America are also the most progressive hotbeds among the educational elite.

As Rod Dreher pointed out at The American Conservative, one of the most intolerant counties in America appears to be Middlesex County, Massachusetts, home of Harvard University. Dreher notes that Princeton and Yale both reside in counties that are “considerably more prejudiced” against conservatives.

That’s not to say that there aren’t some conservatives and counties as equally as prejudiced against liberals. There are. But the spots in America most likely to educate our elites have a strong bias against conservatives, which has a trickle-down effect.

The trickle-down effect most likely shows up in the media, where liberals dominate news coverage of political issues. If there is one thing educated people do the most, it is read and watch mainstream news; if reporters are produced in intolerant campus settings, they are more likely to provide coverage that makes conservatives look like buffoons, giving more fodder to prejudice on campuses. Lather, rinse, rewrite.

And campuses across America hardly need more fodder. The examples are everywhere – at Reed College, a housing assistant seminar recently deemed the phrase “Make America Great Again” to be a covert white supremacist slogan. At the University of Oregon last year, a professor that defended the appointment of Judge Brett Kavanaugh to the U.S. Supreme Court was reported to the administration under the school’s Bias Reporting System. At Portland State University, a woman of color attempting to defend the policy of allowing armed police officers on campus was shouted down by a mob of anti- police protesters.

And these are just stories from two days in the past week.

It isn’t exactly news that progressives cluster around college campuses, but the Atlantic project shows just how monolithic campuses and their surrounding communities are. When they send their students out into the world, their goal is not to burst America’s ideological bubbles, it is to make those bubbles more impenetrable.

MORE: School refuses to remove illegal suspension of MAGA-wearing teen from her record