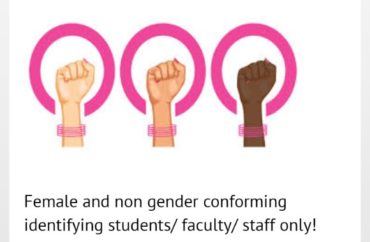 A male student at Adams State University complained that he was repeatedly excluded from the campus gym because of his sex. A day later, the Colorado public university told him the weekly “Women’s Night” had ended.

It was an unexpectedly fast reversal, though the administration didn’t directly tell student Chris Spears that his threat to file a Title IX complaint against the school had killed the program.

In email correspondence Spears shared with The College Fix, a Title IX official didn’t even wait to meet with him personally before confirming that the Rex Activity Center would no longer maintain “gender specific hours.”

Spears got help from the University of Michigan-Flint economist Mark Perry. The professor has played a leading role in various Title IX complaints against universities that partially or wholly exclude men from certain activities and programs.

Spears told The Fix in an email that he was tired of showing up to the gym all year and being told that men weren’t allowed in the space on those evenings when he wanted to work out.

After being blocked from workouts on several evenings this semester, the student brought his concern to the assistant director of the gym, who promised to “look into it,” Spears said. He started researching Title IX and stumbled across Perry’s activism.

Spears hasn’t decided whether to drop his complaint in light of the administration’s response, or continue to pursue it for retroactive relief. He told The Fix he would “like to see a legally binding document saying the gym will never exclude people on the basis of sex ever again.”

Perry told The Fix in an email that Spears “was able to successfully resolve” the issue, but did not say whether the student should seek a legally binding promise from the university to ban “Women’s Night” from coming back.

University spokesperson Chris Lopez declined to comment on the matter, citing “the privacy and confidential nature of a Title IX complaint” in an email to The Fix.

‘Would Adams State ban black people if they made white people uncomfortable?’

Spears’ efforts to use the gym at his own convenience butted up against Adams State’s effort to create a safe space for not only women but also “non gender conforming” students, faculty and staff.

Those are the “only” demographic categories allowed on a Dec. 2 calendar listing for Women’s Night (first image, below). Spears told The Fix it happens every Monday from 7-9 p.m.

“Promotes inclusive and non-discriminatory environment” the listing reads. “Gym is open to start or progress your fitness journey! Female staff is working at the wall and the gym! Feel free to ask any questions to the staff for help or guidance!!!”

It’s not clear when Women’s Night started. Spears initially told The Fix that it was “just recently,” later claimed he had been rebuffed for “over a year” and then clarified he wasn’t sure if it was fall 2018 or early 2019.

“I didn’t think much of it then because I was not going to the gym regularly like I am now,” he said in a Monday email when asked to explain the discrepancy. The Fix has asked the administration for a timeline. The first advertised Women’s Night on the calendar appears to be Aug. 26. It has also been advertised as a space for “non-gender identifying” individuals, in addition to women and “non gender conforming” (second image, below).

After a front desk employee reminded him Dec. 2 that it was Women’s Night again, and that he had to leave, Spears had enough.

In a Dec. 10 email to Ana Guevara, director of Title IX and the Office of Equal Opportunity, and Human Resources Director Tracy Rogers, he made “an official discrimination grievance” about being banned from the gym “on multiple occasions” this semester.

Women’s Night violates both Title IX and Adams State’s own nondiscrimination policy, he alleged: “Banning a group of people on the basis of gender from working out on a certain night, while not providing them their own night to work out is discriminatory.”

He asked how the university can promote “inclusivity” by banning “half of the student body” from the gym one evening a week:

Would Adams State ever ban black people from the REX if they made white people uncomfortable? Adams State would never deny that white-only hours equal a “ban” on black people. So why is this different in regards to gender? 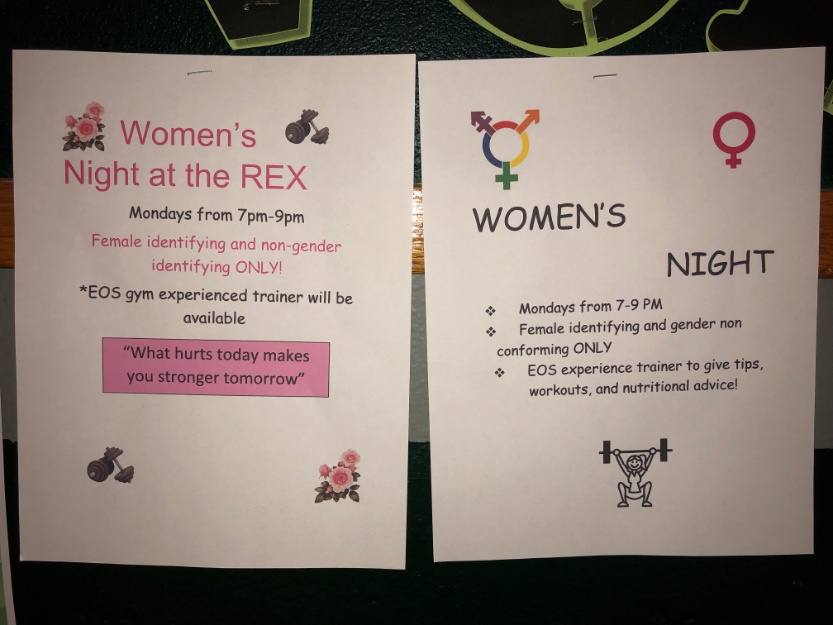 Guevara responded the same day, asking to meet with Spears the following week.

Early on Dec. 11, Spears told The Fix that he had reached Perry for help a few hours earlier, after finding his history of activism against no-men spaces. Perry confirmed that Women’s Night was an ongoing Title IX violation and helped him author a more effective grievance letter to Adams State.

The student’s response email to Guevara Dec. 11 was more formal. He started by agreeing to meet with Guevara only on the condition that he could record it.

Spears claimed that “this is not a matter of opinion (yours, mine or the university’s), it’s simply a legal matter.” He warned that Adams State’s “federal financial funding” was at risk if it continued to exclude men on Women’s Night or failed to provide “an equal number of men-only hours,” as Stanford University did last year to resolve a similar complaint.

“On the basis of sex, men at Adams ARE excluded, they ARE denied the benefits of working out, and they ARE subjected to discrimination based on their sex,” he wrote, noting that women are nearly 60 percent of the student body.

That makes men “an under-represented minority at Adams,” Spears continued. They are also underrepresented among college students and bachelor’s degree holders going back four decades, he wrote, using statistics that Perry is fond of citing in his public writing.

“Any idea that women today need some extra help, resources or attention isn’t supported by the data that show they’ve been overrepresented in higher education for 40 years,” he wrote, concluding with a warning:

I am aware of my right to file a civil rights complaint against Adams at the state level and/or the federal level, and will consider doing so if the issue is not resolved internally.

Guevara responded the same day, before they could arrange a meeting in person. She said Brian Puccarella, assistant director of recreation and wellness for Co-Curricular Recreation and Engagement, told her that the Dec. 2 Women’s Night “was the last night and there will no longer be gender specific hours” at the gym.

“From my understanding of your complaint that should resolve your concern,” she wrote. Spears told The Fix that the Dec. 2 event was the last of the semester anyway.

Perry told The Fix he “gave Chris some suggestions for the [second] email” to Guevara, which he thinks “helped persuade” her that “the university was in violation of federal civil rights laws.”

The gym leadership “probably didn’t think through all of the legal consequences of such a blatant violation of Title IX and moved forward with the women-only program unaware that it was illegally violating Title IX,” he said.

When Guevara, who is also a lawyer, reviewed Spears’ allegations, “she probably quickly realized their illegal discrimination was indefensible and she quickly advised the REX to end the sex discrimination,” Perry wrote:

It was great and very courageous that Chris was willing to address a serious injustice at his university, and get it resolved successfully. Universities get away with violating Title IX’s prohibition of sex discrimination because so few students and faculty are willing to challenge what are obvious and serious civil rights violations.

CLARIFICATION: Spears told The Fix after this article was published that he couldn’t remember when he was first rebuffed from the gym because of Women’s Night. It may have been early 2019 rather than fall 2018, as he first thought. The Fix has added information to make clear the uncertainty about when Women’s Night started. Due to a technical problem, intended questions for the administration about the origin of Women’s Night were not sent in the original request for an interview. The Fix has since sought administration answers.