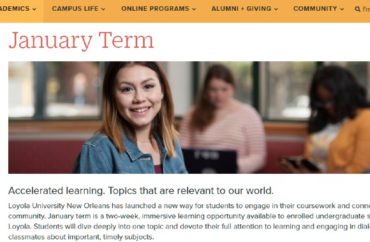 A Jesuit university is offering undergraduate students a “J-Term” between semesters that is centered around “race, equity, and inclusion.”

Loyola University New Orleans did not hide its intentions with the optional two-week term. It’s aimed at students who fell behind in their studies amid the COVID-19 pandemic and need to make up course credits – some required for graduation.

Plus, the courses are tuition-free.

While the list of classes that qualify for the J-Term are public, the process for selecting them remains something of a mystery. Loyola University New Orleans did not respond to College Fix queries.

The university announced the program on Dec. 15 as an optional set of three-credit courses chosen by a committee the university assembled. The term started Monday and runs through Jan. 15.

The committee’s only identified members, however, are Cheyenne Williams, the student government’s chief diversity officer, and Vice President for Equity and Inclusion Kedrick Perry.

It also includes “members of the university’s Diversity, Equity, and Inclusion committee,” which is composed of faculty representatives from each college, student government representatives, and staff leaders including the directors of the Women’s Resource Center and human resources.

The announcement doesn’t specify if all members of the DEI committee, whose posted membership list is two years out of date, are also on the J-Term committee, however. The university also vaguely stated that “faculty and administrators from across the university” helped pick the courses. 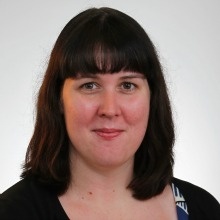 Vice Provost Carol Ann MacGregor (left) told student newspaper The Maroon in November that students could catch up on their graduation requirements, or even get ahead, by taking J-Term classes. (The same language is used on the Dec. 15 announcement and the J-Term page.)

Four graduation requirements are covered among the 10 courses, four of which explicitly focus on black issues. Two more mention “BIPOC” issues – black, indigenous and people of color. None mention Latino or Native American issues by name, despite the pivotal role of the latter in the New Orleans culture. The city itself is only featured in one class.

Patricia Murret, associate director of public affairs, has not responded to emails or calls asking who specifically designed the curriculum, examples of materials that will be used in the courses, and why the university limited the curriculum to race and inclusion issues.

Middle Ages were not a ‘white, male, cisgender wonderland’

The Dec. 15 announcement said the courses range from “Black Heroes and Black Respectability politics” to “the Say Her Name movement.” Other topics include “race and mass incarceration,” the “own voices” movement in young adult literature, “diversity in science” and “forms of difference in the Middle Ages.”

Williams, the student government’s chief diversity officer, told the Maroon the class offerings were a response to “what happened over the summer with [Black Lives Matter] and the many protests.” 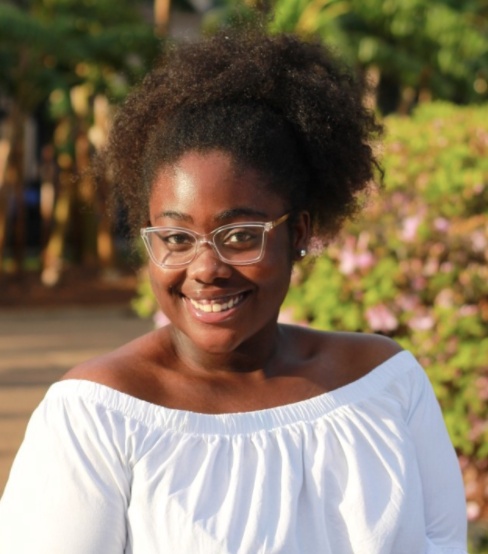 They were explicitly selected to “represent Black people,” Williams (right) continued, despite the J-Term’s broader framing of “race, equity and inclusion.” The courses are also designed to promote a certain narrative, the student made clear: “If it is a psychology course, we would focus on systemic racism in the mental health system.”

It’s not clear when the administration made the course list public. An archived version of the J-Term page from Dec. 9 shows a nonfunctional “accordion” menu for the course descriptions.

An intended “outcome” of the course on race and mass incarceration is “student advocacy,” its description reads. Advocacy is also a requirement in a course on “environmental justice and equity.” The Middle Ages were not a “white, male, cisgender wonderland,” according to one description for a course that satisfies history and creative arts requirements.

Intersectionality is “at the forefront of class discussions and writing assignments” for the young adult literature course, which asks whether the “own voices” movement actually forces marginalized writers into identity “boxes.”

“Diversity in Science” assumes that “unconscious bias and stereotype threat can result in marginalizing and discouraging certain groups from pursuing careers in certain disciplines.” The course flatly rejects the theory that biological differences may play some role in “underrepresentation in science.”

The course “Say Her Name” also declares as a fact that black women are “the most disrespected, unprotected, and neglected” demographic in America, quoting Malcolm X.

Free because of the pandemic or because it’s the first time?

The administration does not appear to have explained why it chose the 2020-2021 academic year to institute a J-Term. The Maroon reported that Loyola used to have a “condensed” May term with three-credit classes.

President Tania Tetlow suggested that the timing was triggered by the “disruption caused by the pandemic” in the Dec. 15 announcement.

Other than the narrow subject matter and mostly virtual format, the main difference between the May and January terms is that the courses are now offered free of charge.

The university has given alternate explanations for that decision. MacGregor told the student newspaper the courses are free because of the pandemic’s effect on student finances, with many students having to withdraw because of “everything going on.”

The J-Term page itself makes no mention of the pandemic, however. It just says courses are free because it’s the first winter term Loyola has offered.

The messaging around the new term has otherwise been consistent. The courses will help the university “live out” its “Strategic Plan for Inclusive Excellence” and respond to “student calls for more diversity in course offerings.” 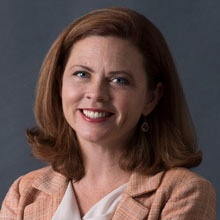 President Tetlow (left) said these classes are a “meaningful way” to look at the issues of today and keep students “on track toward graduation.”

“Loyola has historically demonstrated a commitment to being an institution where social justice takes center stage,” Perry, the vice president for equity and inclusion, said in the Dec. 15 announcement.

“J-Term reflects that we don’t shy away from those difficult, yet necessary, discussions and debates that are centered on race, class, and inclusion and that impact our campus and nation.”

MORE: Loyola sued for not reinstating prof after alleged comments on black hair