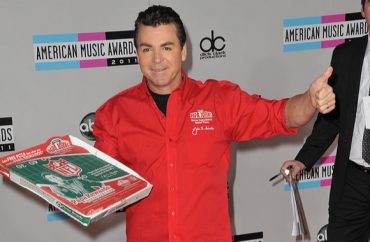 The study of free enterprise is important enough to the University of Kentucky that it’s willing to pay for its own scholars if a pledged $10 million gift gets withdrawn.

Faculty are upset at the terms of the joint gift from the Charles Koch Foundation and Papa John’s founder John Schnatter, which would result in the creation of the John H. Schnatter Institute for the Study of Free Enterprise, Inside Higher Ed reports.

The terms of the UK gift appear to be the same as other Koch-funded centers: an incremental doling out of the gift, annual review and revocation with 30 days’ notice.

Western Carolina University faculty were recently placated when their administration negotiated more control over the direction of its new Koch-funded center.

The Koch-Papa center would “pick up on the work” started by the business school’s Program for the Study of Capitalism, which was funded by BB&T until the banking giant “diverted its philanthropic attentions toward financial literacy,” says Inside Higher Ed:

Funding will create five new faculty lines and research and graduate fellowships, among other things.

Administrators promised that they will hire for the center “through regular faculty channels” and pay for it if Koch or Schnatter back out.

The University Senate voted 44-24 in favor of the center “based on academic merit,” and 37-40 regarding its “organization structure,” including the 30-day revocation clause, which some faculty portray as a threat to academic independence.

The future director of the center, Economics Prof. John Garen, doesn’t think the strings attached to the funding will threaten the center’s research, because Koch and Schnatter were already “very interested in the track record we’ve established here” under BB&T funding.

Schnatter is quite the role model for entrepreneurial college students.

Business Insider reported that the Ball State University student started his pizza shop in a broom closet in his dad’s bar and offered a fellow dorm resident free weekly pizza for life in return for picking the name and designing its logo. (The marketing whiz has never come to collect on the promise.)

Read the Inside Higher Ed story.