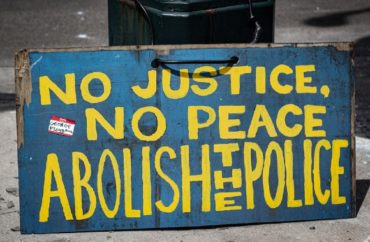 The Library Activist Network at University of Chicago wants the university to end policing on campus by 2027, but school officials have no plan to do so.

The private university told The College Fix that it stands by its decision last year not to abolish the police department.

The campus police “provides a vital service in helping to keep safe and support our campus and surrounding communities – a mission that the University has undertaken with the encouragement of community leaders and in accordance with Chicago City Ordinance,” an August 2020 statement, shared in October by spokesperson Gerald McSwiggan said. “That role will continue.”

Robert Mason, a public information officer for the UCPD, declined to comment to The Fix in an email on September 28.

The Library Activist Network did not respond to multiple email requests about alleged systemic racism in the library system and proposed changes to security policies from The College Fix sent in the past month.

The librarians’ petition called for a number of changes, including a demand that the University of Chicago “Divest from Death: Abolish all forms of policing.”

Demands from the activist group included committing to end “all policing of patrons and staff in Library spaces by 2027” and “forgive all debts and end all fees and fines.”

It also wants the school administration to “[e]liminate any background checks or questions about drug use or arrests from the hiring process of all positions in the Library.”

It also wants to increase the staff at the library, but not to help stock books or assist students with finding documents for a research paper.

Instead, the University of Chicago should increase “non-administrative staff at the Library by 20 percent by 2027, with a focus on de-escalation training, reparative justice, community engagement, and building and supporting collections in service to liberation from white-supremacist, capitalist systems.”

The library workers did not respond to questions about how white supremacist is present on campus.
University of Chicago officials should also set aside money to pay local citizens to tell the police force how it has a connection to slavery.

The private university should also pay community members to “research the Library’s connection to slavery and policing,” the petition said.

“Members must be compensated for their work and funds made available to pay for programming,” the library workers demanded.

Anti-police movement has been on campus for years

The university librarians are not the first group on campus to ask the university to abolish cops or reduce their power at the college.

Students called for the university to “disarm the pigs” and abolish the police in 2019, after cops responded to an armed robbery near campus.

Activists also demanded police a disarming, but not abolition, in 2018, saying that “UofC kills.” The only campus cop shooting happened in 2018 when a student charged an officer while carrying a metal pole.