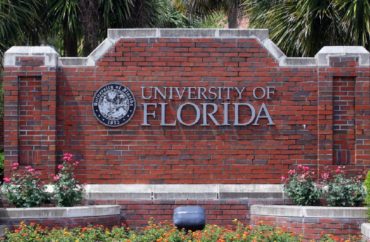 An investigation found no evidence that the state blocked COVID research

An investigation by University of Florida faculty members determined that at least one of their peers inaccurately claimed that state officials had blocked or slowed down COVID research and data publication.

The inquiry began after Professor Sarah Lynne said someone else at the university informed her that there was “external pressure to destroy de-identified data” and there were “barriers to accessing and analyzing de-identified data in a timely manner.”

Professor Lynne, based on this unnamed person, said there were also “barriers to publication of scientific research which…inhibited the ability of faculty to contribute scientific findings during a world-wide pandemic.”

She included the allegation in a December 2021 “Report of the Faculty Senate Ad Hoc Committee on Academic Freedom.”

The Investigation Committee report said that during the interview with Professor Lynne, investigators “learned that person(s) raised these concerns and that the concerns were localized to one college at UF.”

“However, neither Lynne nor any other member of the [Faculty Senate Committee] was willing to reveal the source(s) of the allegations,” the report stated.

The College Fix emailed Professor Lynne on Tuesday and asked if she had any further comment and if she thought the report accurately covered the whole situation. She did not respond.

MORE: DeSantis says no truth to claim he requires donations for board appointments

This anonymous complainant is the sole source for the claim, and it appears to all go back to one instance of a Florida Department of Health employee saying that UF could not publish certain data as part of a confidentiality agreement signed with the state.

The Investigation Committee cited an October 1, 2020 Zoom meeting between Michael Lauzardo, director of UF Health’s Screen, Test & Protect Program and members of the Centers for Disease Control and Prevention and the state health department as a potential source for the allegation.

The health officials discussed a contact tracing program during the meeting.

The report paraphrased Lauzardo’s comments that “one of the [Florida Department of Health] employees stated that the data belonged to FDOH, and UF did not have the authority to have or share them.”

UF faculty were required to sign confidentiality agreements according to the Investigation Committee’s report, a common practice when working with sensitive health information according to the state health department.,

“Access to the state’s data for research purposes almost always requires a confidentiality agreement,” FDOH spokesperson Jeremy Redfern told The Fix via email. “There are some exceptions, but that is on a case by case basis.”

The Investigation Committee addressed the claim that UF faculty had encountered “barriers” when trying to publish COVID data.

The committee acknowledged that there may have been barriers that prohibited UF faculty from publishing the public health surveillance data they collected in collaboration with the FDOH, but determined that “those barriers are inherent in handling sensitive [public health] data and are not unique to COVID-19 data or data from other research sponsors.”

The Investigation Committee also concluded the data distribution regulations were “consistent with those in prior UF-FDOH partnerships.”

Governor Ron DeSantis’ office said he is not looking to find out who made the allegations.

“As we said from the beginning, nobody from the state or the governor’s office pressured anybody to conceal COVID data,” Press Secretary Christina Pushaw told The Fix via email.

“We do not know who made any of the allegations, and the governor’s office has not requested that information, as it does not concern us” she said. “The point is that the allegations were baseless.”

The Fix reached out to the University of Florida Faculty Senate chair David Bloom with a request for comment on March 23 and 29 but did not receive a response.

The Fix asked if the faculty senate believed all confidentiality agreements were a barrier to research and if the academic body would investigate the matter any further. 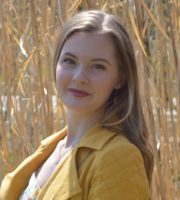 About the Author
Charlotte Waldron
College Fix contributor Charlotte Waldron is a student at Miami University majoring in English with a double minor in political science and creative writing. She is a reporter and Campus Editor for The Miami Patriot, an independent conservative news outlet on campus. She is also an active member of MU College Republicans and a social media ambassador for Today Is America.