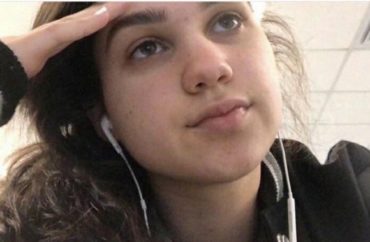 LSU stands up to public shaming campaign, though

Liberty Woodley had the misfortune to be a 16-year-old after the creation of Instagram.

She’s now lost her spot at the University of Florida thanks to a rich, privileged actress who has made it her mission to shame colleges into rescinding admission offers for students whose social media have offended her.

Skai Jackson dug up her nearly two-year-old posts and made a spectacle out of Woodley (above), leading the taxpayer-funded institution to publicly rescind Woodley’s acceptance offer without explicitly naming her.

The 18-year-old Disney star posted images of Woodley’s Instagram and Twitter profiles and her high school’s post that she had received a merit-based Florida Academic Scholarship. Woodley had confessed as a 16-year-old on Instagram that “i really try so hard not to be a racist person, but i most definitely am … & it gets the best of me sometimes.” She complained that two black girls sitting behind her “won’t shut the fuck up” and “i want to punch them,” and said they were “most definitely crackwhores.”

Woodley’s family told The Gainesville Sun before UF rescinded her acceptance that she was getting death threats and “hate-filled messages.”

The family knew about her offensive social media posts back in January and “marched her to the principal’s office,” said her father Tom, who teaches and coaches baseball at her high school. “We are not racist people. That is not the case and that’s how it’s being portrayed.”

Liberty tried to explain the context of her posts to a UF admissions counselor, she said, evidently to no avail:

Liberty Woodley said she was angry at the time of the post because she was continuously bullied. Woodley, a varsity volleyball and softball player, was a star student at Mariner. She was part of the National Honor Society, the National Art Honors Society, as well as class of 2020 vice president. …

Woodley said she posted the message out of anger.

“Every human can attest that you say and do things out of anger that you end up regretting,” she said.

Out of several college responses The College Fix reviewed on Jackson’s Twitter profile, only one public university appears to have rebuffed her campaign of publicly shaming new high school graduates: Louisiana State, which told her that it is constitutionally limited in how it can “take action in response to free speech.”

To be clear, we at LSU condemn hate and bigotry in any form, including racially incendiary remarks. As a state university, however, we are subject to constitutional limitation on our ability to take action in response to free speech. More: https://t.co/TkAClwwOA7

Clay Calvert, director of UF’s Marion B. Brechner First Amendment Project, told the Sun that accepted students could be ensnared by the university’s code of conduct for what they say online, but didn’t mention the First Amendment obligations of universities to students they have accepted.

He also told WCJB that the First Amendment “does not give you the right of admission to the University of Florida” but did not mention whether the university could be liable for breach of contract by rescinding Woodley’s admission offer based on her viewpoint as a 16-year-old. The Fix has asked Calvert to explain what obligations UF might have toward an admitted student.

The Fix also asked UF media relations to explain how rescinding admission offers based on viewpoint or offense does not constitute breach of contract, and why it’s not bound to govern admitted students under its code, including its First Amendment obligations.

Read the WCJB and Sun reports.