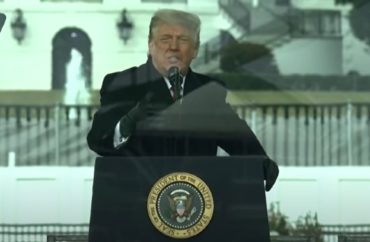 Part of a group of corporations demanding donations back

The University of Phoenix has demanded that a Republican advocacy group return a $50,400 donation due to the group’s role in promoting a January 6 pro-Trump rally in D.C.

The Republican Attorneys General Association had helped to organize the turnout of the January 6 “Save America March protest of the election certification, via robocalls. The robocalls, while not paid for directly by RAGA, were paid for by its policy arm, the Rule of Law Defense Fund. The Defense Fund is a 501(c)4 organization whereas RAGA is a 527 organization under tax law.

“We have asked RAGA to return our contribution to us as soon as possible,” the for-profit university told Popular Information the week after the rally and a subsequent riot at the U.S. Capitol that left five people dead.

However, nearly a month after university officials first asked for their money back from the association there does not appear to be any movement on returning the money.

The university would not answer questions from The College Fix about why they donated to the association in the first place, what they expected in return for the donation and if they had heard back from the group.

The Fix contacted Andrea Smiley, a communications director at the for-profit university, and Conwey Casillas, the vice president of government affairs, multiple times. The Fix sent two emails and left voicemails for both Smiley and Casillas over the past two weeks, but neither responded.

In 2018 the University of Phoenix donated $65,000 in two separate transfers to the attorney generals association according to opensecrets.gov.

The group’s role in promoting the rally led to the resignation of Adam Piper, the executive director of the attorney general group.

“The robocall that went out the day before did not advocate violence or suggest the building should be breached,” NBC News reported. “But it did urge protesters to descend on the Capitol.”

The Fix reached out for comment to the media inquiry email for the group and has yet to hear back. The Fix also called the phone number on the RAGA website and the official Facebook page, asking multiple questions on what the group intended to do about the demand for a return of the donation, with the same result.

While university officials may want the school’s donation returned, it’s not clear if there is a legal basis for a clawback of money. An attorney who specializes in nonprofit law told The Fix that companies who donate to 501(c)3 nonprofits do not have a legal recourse to require the return of a donation. The attorney said she is not positive about the law around 527 organizations.

“With respect to any donation to a 501c3 organization, the University would not be legally entitled to return of its donation based solely on the RAGA’s involvement with the Jan. 6 Capitol incident,” Sally Wagenmaker said in an email to The Fix.

The University of Phoenix is not the only organization scrambling to cut ties and donations from the Republican Attorney group. Corporations such as Facebook, DoorDash and Lyft are also reportedly stopping  donations to the Republican group.

“Lyft will not be renewing our membership in RAGA for 2021, as they investigate how funds were used in connection with challenges to the electoral college vote,” the ride-sharing app told Popular Information.

“While we have donated to RAGA in the past as part of our work with both Republican and Democratic attorneys general to prevent online harms,” Facebook said, “we won’t be working with them any further until they put safeguards in place to prevent something like this from happening again.”

The social media company donated $50,000 in 2020, according to the political newsletter.

MORE: Virginia teacher under investigation for saying he was in D.C. on January 6